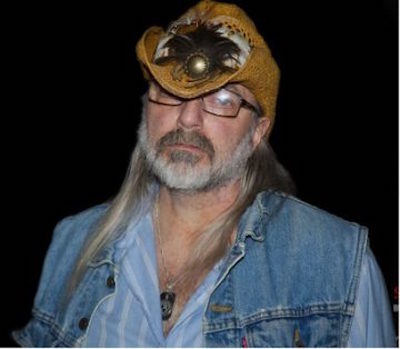 Sleaze Roxx: On Jack [Russell] indicating that it was only until Once Bitten… that people got to hear what he really sounded like. Russell went on to say that Alan Niven asked him to sing as “Jack Evil.”

Alan Niven: That is complete bulls–t. “Jack Evil” was an exhortation from Michael Wagener. His other one was ‘Jackie, make a fist.’ By the way, Michael Lardie, Kendall and I were the producers on Once Bitten. We were the ones who brought out the qualities of his voice [laughs]!”

Sleaze Roxx: On Jack’s [Russell] statement that Alan Niven was trying to change Great White to The Eagles on the Sail Away album.

Alan Niven: Psycho City in my mind, it was perhaps the best studio album we had made. I felt it would be a mistake to try and replicate it on Sail Away but that it would be smarter to take a slightly different approach, especially since we had not gotten the results that album deserved. This was discussed before we began recording. Radio was moving away from Def Leppard, Whitesnake and Ratt. It was done with Warrant and Poison. The ’80s rock was leprous to the grunge movement. Everyone agreed. At a Chinese meal on the conclusion of the recording of Sail Away, I went around the table and asked if everyone felt good about what we had done. Everyone agreed.

In the long run, I would have liked Great White to develop into an area between [Pink] Floyd and The Eagles. I wanted more songs that mean something — and Henley is a master there — with even greater ‘guitarscapes’ for Kendall, who has brilliant feel and I consider one of the underrated, underappreciated, players of his generation. Each album was not a mirror image of the last. We weren’t Def Leppard. There was always a determination to grow.

Furthermore, Sail Away is a complete and solid record, something that has eluded Jack since. I believe a record should have elements of the visceral, of intelligence and of spirit. Sail Away has all these elements. I can only surmise that Jack dislikes Led Zeppelin lll? Now that was a huge departure. Jack likes to call Sail Away an “acoustic” album. That defines the limits of his hearing capacity. There are tracks on Sail Away that could just as easily been on Once Bitten… or Hooked — Livin’ In The USA and Momma Don’t Stop for example. Now take into account that Sail Away, the song, was the #16 most played track at AOR that year, ahead of the two Counting Crows tracks. Not bad for the middle of the grunge era. Had we got to work a second track, I believe the album would have easily gone gold. Also keep in mind, unlike most others, we never made the same record twice. There is no point to that.

When we signed with Zoo, the head of radio promotion was Michael Prince. He liked and understood the band. He drove Sail Away. He was then replaced by Ray Gmeiner, a former roommate of Doug Goldstein. That was the end of the promotion for the band.

Sleaze Roxx: On when and how things turned sour between [Alan] Niven and Jack [Russell].

Alan Niven: It was in 1994 when I busted the little c–t stealing from the band’s “petty cash” while we were on tour.

Sleaze Roxx: You helped launch Enigma Records in the ’80s.

Alan Niven: I did. It was around that time that I began a relationship with a guy named Don Dokken. I signed Mötley Crüe to their first contract with Greenworld and then I met Tom Zutaut. I was in my office in Torrance [California] and this guy rolls in a 1956 white Bentley. I was like “Hello” [laughs]! The guy comes into my office, tosses a record on my desk, sits down and puts his feet on my desk. Without as much as a “Hello,” he says “I want you to do for my band what you did for Mötley Crüe.” The guy was Don Dokken. That was the beginning of a beautiful friendship. We wound up living together for quite a while.

It was Don that introduced me to a band called Dante Fox. It was Great White before the name change. Don felt that they’d be good for my indie label ambitions. I went to see them and I thought they were terrible. I said to Don, “What the f–k?” [laughs]! Don said, “No, you missed it.” So I went to another gig and it didn’t improve my evaluation of the band. I drove from Hollywood all the way to the south coast of Palos Verdes to a tiny, tiny little cottage. Needless to say it was a long haul at three o’clock in the morning. I was driving back and I kept saying to myself “I don’t get it. I don’t get it.” It was then that I had a moment of clarity. I went through my mental checklist. I respected Don’s judgment so I went to look again a third time. At the tail end of the show, I was still pretty unenthused until they performed I Don’t Need No Doctor [Ashford and Simpson cover]. They completely blew the roof off the Troubadour. It was then that I said to myself, “Now I get it!” Kendall was on fire.

Sleaze Roxx: How did you leaving the Great White camp transpire?

Alan Niven: Well, that transpired by the entire band coming to my house. We were in my kitchen. Jack stood there and said, “We’ve decided that we want to go our own way.” At which point I replied with, “Get the f–k out of my house! F–king now!” That was the extent of the conversation. It was something that was driven by Jack. He had his motivations. It was very distressing, upsetting, but if he was going to have the nerve to do that in my own home… then I was done with him.

This is a guy that f–ked up at every turn. The band would have been far more established had he not destroyed the momentum of the band. They went from a great opener to great headliner. We were on our first headlining tour. We were touring with M.S.G. [McAuley Schenker Group] and Havan Black opening for us. They were also two other Capitol acts so we had an incredible amount of focus and support from the label. The tour was doing fantastic. About two weeks into the tour, Jack went off on a drug binge. He got on a plane. He was supposed to be [in] Lubbock [Texas], where we were supposed to be playing. He goes to Phoenix [Arizona]. I have to add, he was thrown off the plane because he was so f–ked up. That stopped the tour right there and that put a stop to our transition tour to headlining act. It was so frustrating because at the time that he did this, the tour was 70% sold already. It was already sold-out in the Northeast, which is a hard market to sell out shows. He totally f–king derailed us. I still stood by the guy. He completely f–ked up the band at that point. I don’t think the band ever truly recovered from that. So, for Jack to have an attitude about anything is just outrageous. The guy is a criminal — that’s a fact. The last time I wore a suit was to go to his probation hearing where I spoke on Jack’s behalf. There were looking at me and my English accent and they like, “Oh well, if he says so then it must be true.”

Jack can be the best company. Back in the day, you could have the best nights of your life with him. He is funny and he can be a delight to spend time with but he’s a complex character. There are some negative aspects to Jack. I think the mistake I made with Jack was that I could be Professor Higgins [My Fair Lady]. I thought that I could help him develop into someone really special. Jack’s negative characteristics confounded me in the end.