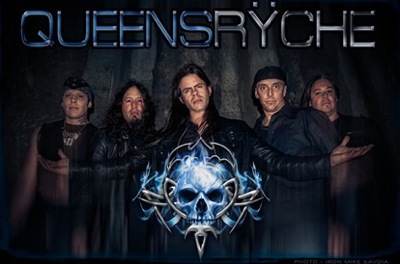 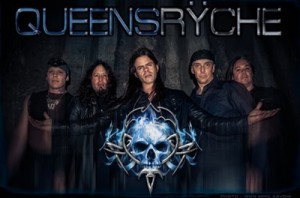 Rock Confidential: Scott, it’s a pleasure to finally get you on the phone. I’ve been looking forward to it. I’ve been a fan going back to the Rage For Order record. I caught the second show you guys did as Rising West in Seattle last June. Some things have transpired since those shows took place. Geoff Tate is no longer in the band and you guys have elected to press forward with Todd La Torre on vocals. It also appears that amongst the Queensryche fan base there’s been a split; there’s the ‘Queensryche camp’ and the ‘Geoff Tate camp.’ I recently conducted an interview with Geoff (Tate) for Oregon Music News and I received an email from the person who handles the news feeds for a website of a major TV and radio personality that stated that they wouldn’t be running the interview due to the negative feedback that they had been receiving regarding Geoff Tate related coverage. What’s your take on the fan reaction to the split?

Scott Rockenfield: I know the fans are rabid, passionate and very protective of the band. I’ve even received ‘hate mail’ and I’m a fan like them. It’s been a major shake-up for Queensryche in the last year. The fans have seen this transpire…here’s where we’re at as a band. Michael (Wilton), Eddie (Jackson) and I are the three main corporate owners in our ‘Queensryche Corporation’ so to speak. Ever since things started to go in ‘not such a good’ way back at the beginning of the year, we had to make some decisions and move on. We did that. We did that under the guise that we were the majority owners of the corporation and that we wanted to continue doing what is best for Queensryche. To us ‘the best thing’ for Queensryche is promoting the brand of Queensryche; making music, playing shows, giving the fans and our audience what they have come to expect from us. We wanted to do that and have ‘fun’ doing it. That’s a long story condensed very short so we can get to the point. That’s what we’ve done and that’s where we’re at now. Our fans are sitting back and seeing what is going on and they get to pick and choose what they want to do. The fortunate thing for us Ruben is that we’ve carried on and the support around the world by our fans; whether they are old-time fans or new fans or whatever it is has been extremely overwhelming.

The fans are supporting us. They continue to support us and they are praising all of the shows that we’ve done and they are looking forward to the ones that are coming up. They are also eagerly looking forward to the new record that we’ve just started recording as of last week. We hope to have it out in the first quarter of next year. Listen, for us it basically business as usual. We’ve put aside what we’ve had to deal with in the past eight months and we’re moving on with business. What is business? Business is pushing Queensryche and promoting that. Is there a kettle of stirred up stuff going on out there? Yeah there is, for sure. For us it best not to focus on that stuff rather focus on what we do best and that is to continue what we started out doing 30 years ago; which is Queensryche. I think the defining factor at the end of the day, whether it comes to playing our shows or making a new record, the deciding factor will be the fans. If you don’t have the fans’ support you’re not going to have anything. Thank goodness that we are blessed that the fans have really supported us, so much so that we’ve been able to continue to do what we’ve always wanted to do – be ourselves, make music and play shows.

Rock Confidential: How involved is each member in the songwriting process and how does it differ from previous writing sessions?

Scott Rockenfield: That’s a great question! I have a great answer! That’s exactly why we’re excited and there’s all this enthusiasm behind the new album. We’re finally…let me back up. Unfortunately, over the course of the past, many records that we’ve done hasn’t been a complete ‘band’ effort. We’ve run into a lot of conflicts of musical tastes or directions that we should take. I think the band has suffered because of it. It was something that wasn’t always done with the music always in mind. That’s why a lot of this has transpired and turned into what it did and we had to move on. Our goal has always been for Queensryche to this particular type of band. One thing we wanted to do was to revisit what that was and that to us is what made Queensryche – our classic material. Why were we so excited then? Let’s find that ‘excitement’ again. We wanted to do that for a while but we haven’t been able to do that. We weren’t ‘allowed’ to do that is probably a better way to put it. In a nutshell that’s what we’re doing. So to answer your question, all five of us – Michael, Parker, Eddie, Todd and I are all writing the material. It’s a huge collective effort. We’re all playing the material and then with “Jimbo” in the fold as our producer and engineer – he’s like the sixth member of the band. The chemistry level is huge and that’s something that we haven’t had in a while. I think that’s what the fans are excited about and the anticipation is so high. Having said that—it’s a hell of a lot of pressure! Whatever, we’ll get through it! (laughs) We’re having a lot of fun. Last week in the studio was really a lot of fun.

Rock Confidential: How would you describe the direction that you’re going with the new music and album? Progressive, contemporary rock influences, ‘classic’ era Queensryche? Or perhaps none of the above?

Scott Rockenfield: That’s a great selection of choices that you’ve given me to pick: A,B, or C. I think the best way for me to describe it is that it’s in a ‘progressive/hard rock’ direction. “Jimbo” described it really well when we were in the studio last week. We were immersed in it really working hard and brainstorming; driving the ship home so to speak. He said, “I think you guys have combined your first five records into what you’re doing now.” So that’s from our EP all the way through Promised Land, which coincidentally was the last record that we worked on with “Jimbo.” So I think if you stuck all of those records into a musical blender and you’d get an idea of what the music we’re working right now sounds like. There are elements from all of those records that have made it on to the new music. I think that’s a good way to describe it. We have wanted to revisit this great history of ours that we just haven’t been able to do for a while. We have great lyric content, great songs, great melodies and great performances by us; the song crafters and mechanics behind it all. I could go on forever about it because I’m so excited about it. I could play it for you right now on my speakers but afterward I’d have to kill you! (laughs).