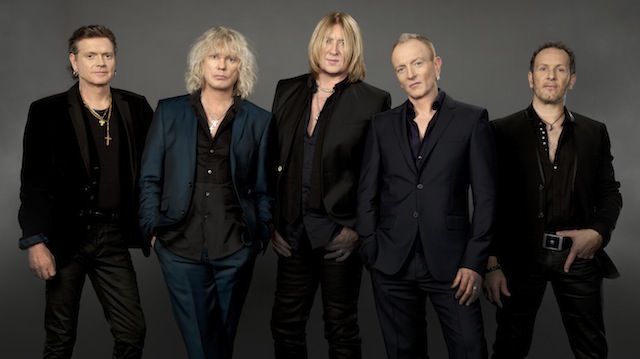 Queen guitarist Brian May will induct Def Leppard into the Rock And Roll Hall Of Fame this spring.

Def Leppard guitarist Phil Collen said that May was the “really obvious” choice to induct the band into the Rock Hall.

“We just played [Las] Vegas just a few months ago, and Queen were playing just around the corner, and I bumped into Brian at the gym, actually,” he recalled. “And he said, ‘You’re playing tonight?’ I said, ‘Yeah.’ He said, ‘Me too.’ He goes, ‘What time do you finish?’ And I said, ‘We finish about 11.’ He said, ‘We finish at 8. I’ll be over later. I’ll finish and I’ll come straight over.’ He turned up. He’d done a show with Queen, and he came over. And it was just, like, amazing. Brian is one of my biggest influences. I love him. I just can’t get over how amazing he is. And we all do — we’re huge Queen fans and Brian fans.

Def Leppard guitarist Vivian Campbell said that he and his bandmates are “excited” about finally getting the Rock Hall nod. “In Leppard, we’ve never been the sort of band that’s gotten many industry accolades, although we’ve got a tremendously faithful fanbase and we always have, for many, many years,” he said. “And I think one of the most exciting aspects about getting into the Hall Of Fame is we actually got the biggest-ever fan vote. So I think that kind of means as much, if not more, to us.”

Ballots were sent to a voting group of more than 1,000 artists, historians and music-industry professionals.

The public was invited to participate again last year in the fan vote. The top five artists made up a fan’s ballot, which counted as a single vote.

Rock Hall rules state that artists become eligible 25 years after their first records were released, but the Hall also claims that other “criteria include the influence and significance of the artists’ contributions to the development and perpetuation of rock ‘n’ roll,” which is, of course, open to interpretation.

One of the top-selling rock acts of of all time, Def Leppard has been eligible for the Rock Hall since 2004.

The 2019 nominees had to release their first recording no later than 1993.

HBO will broadcast a truncated version of the ceremony on Saturday, April 27 at 8 p.m. EST