MOTORHEAD TO RELEASE LIVE PERFORMANCE “CLEAN YOUR CLOCK” ON MAY 27TH

A Motorhead live package recorded a month before Lemmy’s death will be released in May.

Clean Your Clock was recorded on November 20th and 21st last year during the band’s shows at the Zenith in Munich, Germany, and will be released on May 27th through UDR.

It will be available in colored 2LP gatefold with pop-up art, CD, DVD/CD, Blu-ray/CD and digital formats. A box set containing the 2LP, DVD and CD as well as a metal Motorhead medal has also been produced.

The Munich shows were followed on December 11th by the band’s last ever show, in Berlin. Frontman Ian ‘Lemmy’ Kilmister died of an aggressive form of cancer later that month.

Lemmy had celebrated his 70th birthday on December 24 and learned two days later he had cancer. He died on December 28th at his home in Los Angeles. 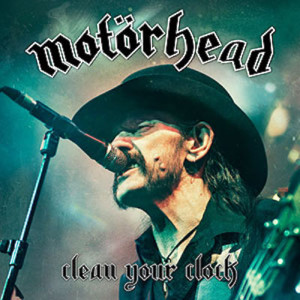