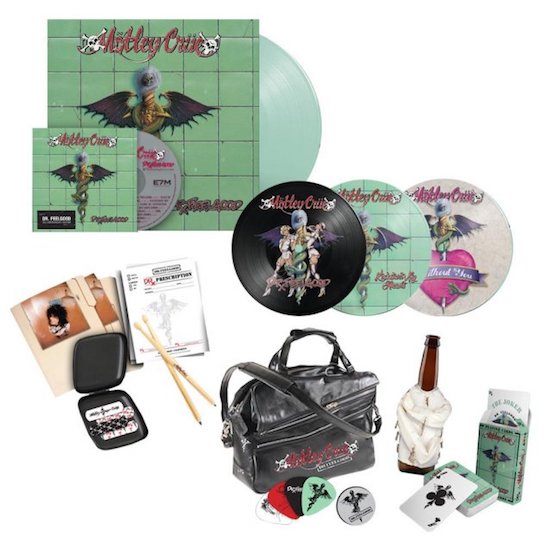 Mötley Crüe will celebrate the 30th anniversary of Dr. Feelgood by reissuing the album on November 29th.

The anniversary edition will feature the original album along with studio demos. The deluxe edition will include the album on “coke bottle green” vinyl, CD, three seven-inch picture discs, a doctor’s bag, a prescription notepad, a deck of playing cards, a pair of drumstick pens, pin badges and guitar picks.

Originally released on September 1, 1989, Dr. Feelgood reached number one on the Billboard chart and went on to sell more than seven million copies worldwide, producing five Billboard Hot 100 hits. The title track reached No. 7 on the Hot 100 and earned the band its first two Grammy nominations (“Best Hard Rock Performance” for Dr. Feelgood in 1989 and Kickstart My Heart in 1990).

Bassist Nikki Sixx says: “After feeling robbed of a #1 album with Girls Girls Girls, the band was hell bent on topping ourselves on every level. Bringing in Bob Rock to produce and push us musically and lyrically was just what the doctor ordered… The band was clean, lean and sober and this album has some of our proudest work.”