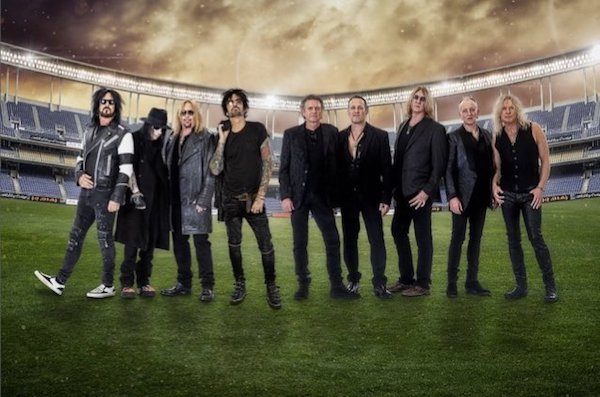 Mötley Crüe and Def Leppard have announced two U.S. shows for February 2023. The two bands, who recently teamed up for the mega-successful The Stadium Tour, will play at the 7,000-capacity Hard Rock Live at Etess Arena in Atlantic City, New Jersey on February 10th and February 11th.

In October, it was announced that Mötley Crüe and Def Leppard will go global in 2023 with their co-headline The World Tour. Produced by Live Nation, the trek will begin on February 18th at Foro Sol in Mexico City and include stops throughout Latin America before heading to Europe in May 2023.