[Ed’s note: I am reporting on this story because Chris Isaak is one of the few non hard rock/heavy metal acts that I love, and have been a huge fan of, for a long time. Isaak is an amazing live performer, and for many years, was one of the only musicians to have fan signings after every show. He made sure to personalize every signing by usually drawing an adorable cartoon along with this signature. Hands down, one of the nicest people in the music business.]

The frontman had been inspired by Isaak’s trademark hit Wicked Game, and wanted to match the vocal emotion in his own performances.

Rock tells Talk Is Jericho, hosted by WWE star and Fozzy frontman, Chris Jericho, “He said, ‘Bob, I’ve never really sung before – I’ve just kind of yelled.’ He played me a Chris Isaak record and said, ‘On Nothing Else Matters and The Unforgiven, I want to sing. How do you sing like this?’”

The solution was “a great vocal sound” so that Hetfield didn’t have to double-track, the producer explains.

“I said, ‘What you hear in Chris Isaak’s voice is the nuances when he sings. He isn’t doubled, he’s actually performing. You perform.’

“We set it up so he had a great sound and then he sang. Every day he got better and he got comfortable with it. He became a great singer.” 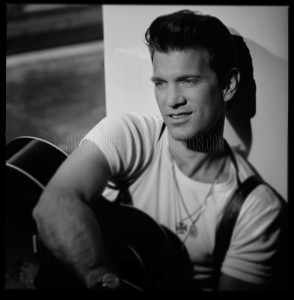 ‹ BRITNY FOX HAS REUNITED AND IS BACK IN STUDIO, ZAKK WYLDE AND RIKKI ROCKET ALSO PLAY ON THE RECORD