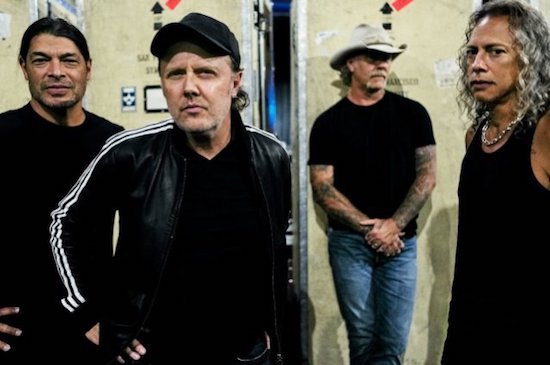 Metallica have just announced two U.S. summer stadium shows with special guests Greta Van Fleet and Ice Nine Kills, which will be their only stateside stadium gigs during this season.

The news comes just one day before Metallica will step out onstage for a sold out show at Allegiant Stadium in Las Vegas, which until now was their only non-festival date.

Tickets go on sale at 10AM ET on March 4th. For “Fifth Member” fan club legionnaires, early access to tickets will be available starting February 28th and, if you are not a member, you can sign up for free here and get a personal pre-sale code.

Currently, they have several international tour dates booked between late April and early July, with U.S. festival appearances at BottleRock and Boston Calling taking place toward the end of May. The summer is mostly wide open and now two stops in August have been added — one in Buffalo, New York on August 11th and another in Pittsburgh, Pennsylvania on Aug. 14th.