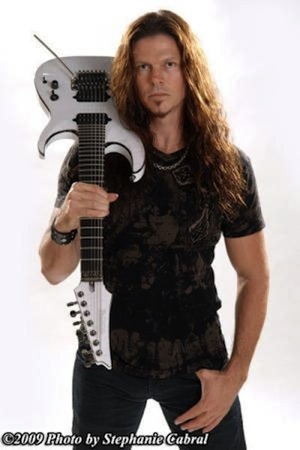 “Due to artistic and musical differences, it is with great reluctance that I announce my departure from Megadeth to pursue my own musical direction.

I want all of you to know how much I appreciate the amount that you the fans have accepted and respected me as a member of Megadeth for the last seven years, but it is time for me to move on.

I wish Dave [Mustaine] and everyone in Megadeth all the best. I am working on a few things of my own and hope that when they come out, you will all dig it.”

It is interesting to note that drummer Shawn Drover quit the band yesterday (Tuesday, November 25th) posting on his Facebook page:

“After 10 years, I have decided to quit Megadeth to pursue my own musical interests. I want to thank Dave Mustaine and the entire Megadeth family, as well as thanking all the amazing Megadeth fans around the world!!! I truly appreciate all of you.

Stay tuned for info on my next musical journey.”

Broderick, who is 44, joined Megadeth in late 2007 as the replacement for Glen Drover. Before joining Megadeth and while still in Jag Panzer, he was also a touring guitarist for Nevermore between 2001 and 2003 and then again between 2006 and 2007.

AC/DC DRUMMER PHIL RUDD IN TROUBLE WITH THE LAW AGAIN ›