Jimmy Page will be on hand as a special guest at L’Olympia in Paris on Wednesday, May 21st to premiere unreleased companion audio for the upcoming deluxe editions of the first three Led Zeppelin albums. The event begins at 2:30PM ET and will be streamed live at this link.

L’Olympia first hosted Led Zeppelin for a live concert on October 10th, 1969, which is featured as the companion audio on the upcoming Deluxe Edition of the band’s debut album.

John Bonham, John Paul Jones, Page and Robert Plant came together in 1968 as Led Zeppelin. Over the next decade, the band would become one of the most influential, innovative and successful groups in modern music, selling more than 300 million albums worldwide. Their songs are some of the most celebrated in rock ‘n’ roll history that, to this day, resonate with fans young and old around the globe. Still, no matter how many times you may have listened to their music, you’ve never heard Led Zeppelin like this before.

With the June 3rd release of deluxe editions of Led Zeppelin, Led Zeppelin II, and Led Zeppelin III, the band will launch an extensive reissue program of all nine of its studio albums in chronological order, each remastered by guitarist and producer Jimmy Page. Led Zeppelin will also open its vaults to share dozens of unheard studio and live recordings, with each album featuring a second disc of companion audio comprised entirely of unreleased music related to that album.

1. Good Times Bad Times
2. Babe I’m Gonna Leave You
3. You Shook Me
4. Dazed And Confused
5. Your Time Is Gonna Come
6. Black Mountain Side
7. Communication Breakdown
8. I Can’t Quit You Baby
9. How Many More Times 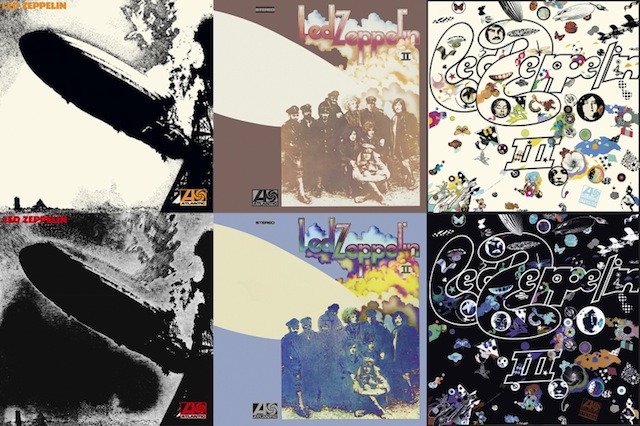 JUDAS PRIEST TO HEADLINE THE FUN, FUN, FUN FEST IN AUSTIN, TEXAS IN THE FALL ›