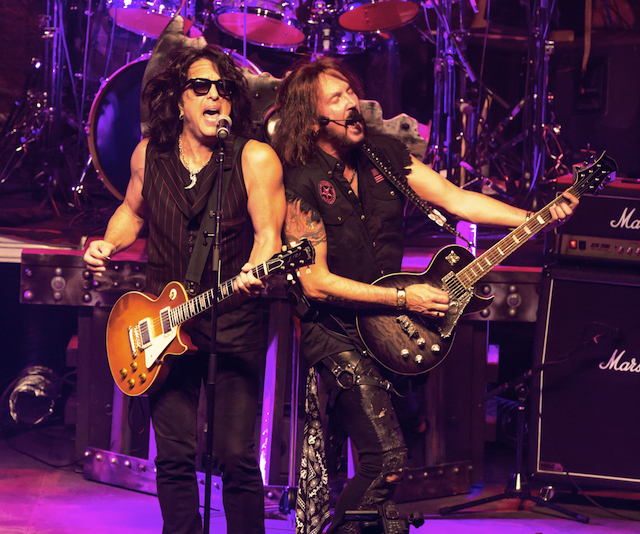 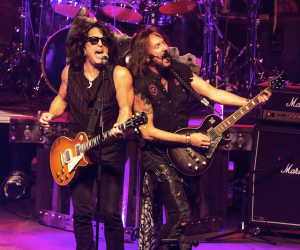 The band, fans, staff and venue endured a record-breaking thunderstorm which caused major flooding and road closures throughout the region, and a power outage lasting nearly two hours. The hundreds of Rock ‘n Roll enthusiasts that remained at the venue roared when the power came back on and the Badlands House Band took the stage.

“We stayed ready, and maintained our focus,” said lead singer Ron Keel. “When the juice came back on, it was time to go to work.”

The electricity remained on for the entire show, which featured plenty of flames, smoke, explosions, a drum riser built like the front of a train – and special guest appearances by Rock ‘n Roll Hall of Famer Paul Stanley from KISS and Night Ranger’s Jack Blades.

“The Badlands House Band is really world class,” Stanley stated after the show. “I was more than pleasantly surprised. When you say you’re going to sit in with a band you really don’t know what you’re getting into. It’s great.”

“I’m really proud of the entire Badlands team,” Brennan said. “The band kicks ass, and our staff and crew really rose to the occasion. This is the first of many epic events presented by the Badlands Entertainment Group.”

The concert was filmed for an upcoming TV special, and the first 500 guests in the door received a free Badlands House Band t-shirt.

The songlist featured classic Rock ‘n Roll anthems woven together to create a show filled with twists and turns, dramatic transitions, massive vocal harmonies and guitar histrionics. After the performance, the Badlands House Band wasted no time resting as they climbed on board the tour bus and headed for their first road show the following night in Mankato, Minnesota.

“The Minnesota show the next day was the true test,” said Badlands Entertainment Manager Mike “Chainsaw” Findling. “It was a last minute opportunity, so there was no advance promotion and nobody knew who they were. Without the hype, the special effects, lights, no train and no superstar guests, the show still worked. Thousands of fans were singing along, even though they’d never heard of the band.”

The group’s next stop is in Moorhead, Minnesota September 11th at Bluestem Amphitheater with Hairball. They are also confirmed to perform at major bike events such as Biketoberfest (Daytona October 15th-17th) and the Lone Star Rally in Galveston November 5th-7th. BHB has just launched their official web site at BadlandsHouseBand.com. 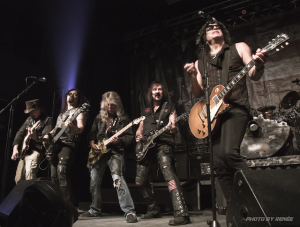