JUDAS PRIEST RELEASE A LYRIC VIDEO FOR THE CLASSIC SONG, “BREAKING THE LAW” 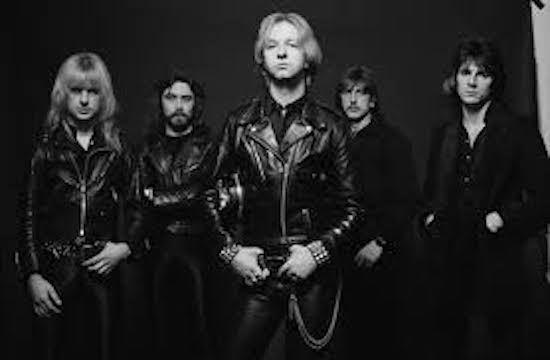 Judas Priest have released the official lyric video for their classic song Breaking The Law. The song appears on the band’s 1980 album British Steel.

Frontman, and Metal God, Rob Halford told Classic Rock magazine that the tune was conceived from an idea brought forth by guitarist Glenn Tipton.

“It turned out to be one of the all-time classic metal riffs,” Halford said. “As I recall, the bulk of the song was conceived when we were at Ringo Starr’s old house, recording the album. Great as the music was, the lyrics had their place. And they just arrived out of thin air. Breaking the law: where on earth did that come from? I haven’t a clue. But it tapped into an angst that Priest had never really covered until that point.”

The singer went on to say that he has never gotten tired of performing it in the 40 years since the song’s initial release. “Every night it’s a tiny bit different to any other, and I still get a massive adrenaline rush on hearing those twin guitars fire up,” he said. “It’s also a great crowd participation number. Everyone’s had a confrontation with a copper and likes to scream about breaking the law, don’t they?”

The band is scheduled to celebrate its 50th anniversary this year with a world tour coming to the U.S. in the fall, [Dana’s opinion: but with Coronavirus restrictions possibly still in place for large gatherings, the tour may have to be rescheduled.]

Judas Priest’s latest album, Firepower, was released on March 9th, 2018. In a fan Q&A, that Rob Halford did for Metal Hammer, he revealed that his favorite Priest album is Sad Wings of Destiny. Read the story here.