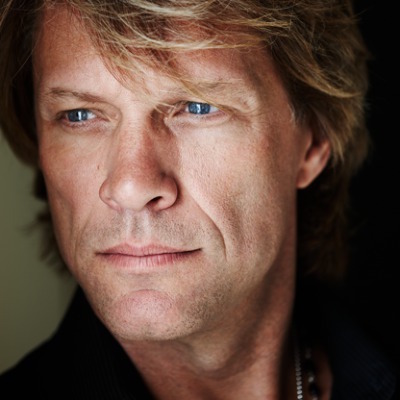 Ray Waddell of Billboard spoke with Jon Bon Jovi. Excerpts from the Q&A appear below.

Billboard: In recording This House Is Not For Sale, did you have an objective going into the studio as to what you wanted to accomplish, or did the album take shape as you went along?

Jon Bon Jovi: The very initial process was just to begin writing. In January of ’15, the political landscape having taken shape, I had just come out of my own internal issues with Richie leaving, and I wasn’t even clear on where I was with the record company — that was still nowhere yet. So I just started to write. When I saw that [Uelsmann] photograph, and that became the album cover, that really gave me a foundation, a cornerstone, and I really started to go in that direction and make it a more personal record.

So I had to determine how to process everything I had been through with Richie’s leaving, and what was on the horizon with the company, and even what I went through with the Bills [Bon Jovi had been part of a group that attempted to buy the NFL’s Buffalo Bills]. All those times I told you I couldn’t talk to you about [the Bills], there was like a gag order, it was really traumatic, all of those things. It gave me a lot to write about, so it was a very personal and vulnerable record.

Billboard: You had live “listening parties” for the new record. That would seem a challenge, as often new songs tend to sort of find their way on tour as you work them out live.

Jon Bon Jovi: We had five rehearsals in New Jersey and then did it, and then I wanted to do it in a couple of other places, so we went to London, Toronto and New York. I wasn’t thinking enough to think “oh my god, this could fall flat, or this might not work.” I had the audacity to say “f–k you, I’m going out there and doing all 15 songs,” then was blessed to hear and read the reactions to it, and people loved it. I really never thought about the idea that people might not be comfortable listening to 15 new songs, but it does make sense, in retrospect. I’m glad I didn’t think of it.

Billboard: You’ve received a lot of awards and sold a lot of records, with a lot of hits, but the Legend Of Live will be the first time Bon Jovi is honored for their body of work on the road. What does that mean to you?

Jon Bon Jovi: It means a lot, and I’ll tell you why. Doc McGhee, our first manager, had an adage about this band: “Bon Jovi will play a pay toilet, and use their own change.” In our youth, he insisted we go everywhere, whether it was Europe or Asia or Australia or Africa. He always thought “some day, when America turns its back on you, you’ll have other places in the world to go.”

Not only did we go, we built a reputation as being a good live band, and knowing how to adapt. So when we were opening for 38 Special and Judas Priest on the same tour, we were able to still try to win fans over. I sat at his desk in 1983 and said “I think we should go out with the Cars and Bryan Adams,” and he said “no, we’re going to go out with the Scorpions and KISS, and that’s going to be more of a loyal rock audience and not a pop audience.” We went and cut our teeth with that kind of mindset, and built a reputation as a band you didn’t want to open for you. And I’m proud of that. Now we’ve done 3,000 shows, or near enough. I know how to do it.

Billboard: If songwriting, recording and performing live are the three legs of the stool, how would you rank them?

Jon Bon Jovi: Sorry to say, under the guise of this conversation, that touring is last. For me, writing is first. Then, anything that hits the paper you think is good enough to go into the studio with, that’s second, because you want to see it come to life. And then, finally, it’s going out and sharing the work with the people. The only reason I say that is because I know my commitment physically and mentally to the art, and the desire to be the best I can be, and I know that commitment is not one I take lightly. I always thought of those that came before me, and trying to say that we weren’t a waste of your hard-earned dollars. This is people’s fun money for a month to buy a ticket, I’ve got to make sure that we deliver everything.

Billboard: Without the song, you don’t have anything to take on the road.

This House Is Not For Sale is out now (November 4th) and the band has announced 2017 tour dates, starting on February 8th in Greenville, SC. View the band’s entire itinerary by clicking here.

BASSIST JEFF PILSON TELLS EDDIE TRUNK THAT THE JAPANESE DOKKEN TOUR WAS “DRAMA FREE,” AND ADDED, HE IS “UP FOR MORE” SHOWS ›