AC/DC are rumoured to be working on new music with former frontman Brian Johnson and ex-drummer Phil Rudd, after the pair were spotted together in Vancouver.

Johnson was forced to leave the band in 2016 after suffering hearing loss, before being replaced by Axl Rose. Rudd, meanwhile, departed in 2015 after a string of publicized legal problems.

But it seems that the classic line-up could be getting together once more after the pair were spotted in the Canadian city, where the rock icons have recorded all their albums over the last two decades.

A photo posted on Twitter shows Johnson and Rudd relaxing outside the city’s Warehouse Studios – and it’s claimed that the rest of the band are in tow too. 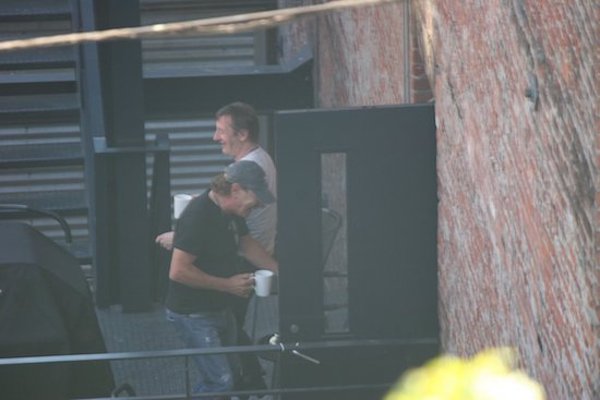 Vancouver website The Straight claims to have been contacted by a local who spoke to Stevie Young – the nephew of guitarist Angus Young.

“The guy tells me that he had a quick chat with a couple of members of AC/DC in downtown Vancouver this morning”, The Straight’s Steve Newton claimed.

“One of the rockers that he talked to was Stevie Young, Angus Young’s nephew, who took over the rhythm-guitar spot in AC/DC from Angus’s brother Malcolm in 2014 when Mal started suffering from the health problems, including dementia, that he would succumb to last November.

…the other rocker my source talked to was none other than, get this: Phil Rudd. Yes, Phil Rudd, the longtime AC/DC drummer who was himself replaced behind the kit by Chris “Thunderstruck” Slade in 2015 for the band’s Rock or Bust World Tour.”

‹ THE STORY OF TWO ELDERLY GENTLEMEN ESCAPING THEIR NURSING HOME TO ATTEND WACKEN, NOT ENTIRELY TRUE