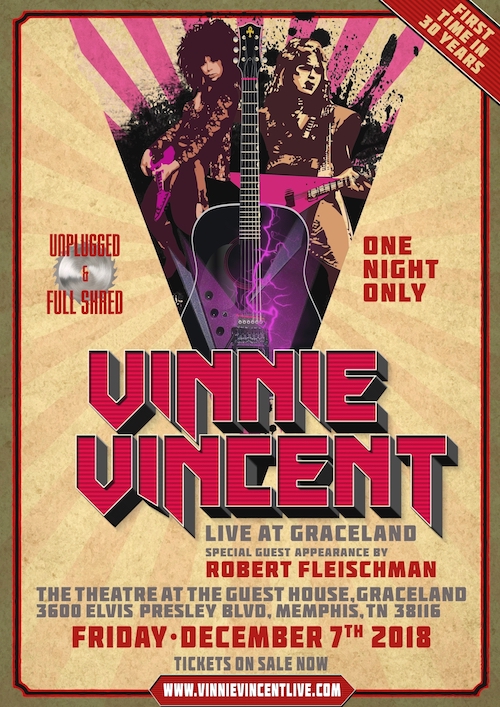 Vinnie Vincent has announced that his upcoming concert at Graceland, his first return to the stage in over 30 years, will be half unplugged, half “full shred” with electric guitar.

Vinnie said, “I’ve been paying attention to what the fans are writing and saying, and seeing how many fans want me to put on the electric guitar and shred on so many of the great songs we all know and love.”

With many sections of the theatre already sold out for the show, the concert at Graceland will start with an acoustic set, followed by an intermission, and then a full shred electric set. In addition to Special Guest Robert Fleischman, original vocalist for the Vinnie Vincent Invasion, who will be joining Vinnie for several songs including Back On The Streets, more special guests will be announced soon.

Vinnie will be releasing a special promotional video for the Memphis show on Friday, September 28th, 2018 at 12:00 Noon PST to give fans a little taste of what to expect at the Graceland show, plus maybe a surprise or two.