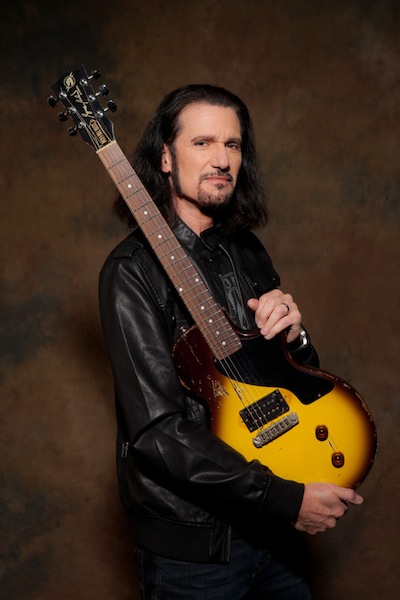 Former KISS guitarist Bruce Kulick was a guest on Eddie’s Sirius/XM show, Trunk Nation, where they discussed the current state of the music industry and older musicians, potentially, having to retire.

Kulick said (via blabbermouth.net), “The reality of [that the collapse of the touring industr] is very, very real in the sense that it might come down to people making a decision, ‘Well, I don’t wanna retire,’ but if it meant putting my life in jeopardy potentially, I might have to consider that. And I’ve had these conversations — I’m 66 — with people that I respect, from my business guy, the accountant guy, and from friends that are doctors. And no one knows where this is really going is the feedback I get for me. But right now I don’t have to make a decision, so I don’t want to, but if I had to retire in the traditional sense, I’d still be active. But I certainly don’t know the next time it would be safe for me to travel and perform. Maybe even if you’re in your 50s, you might have to look at that differently, because apparently this virus is very confusing, and I know that from the doctors that I know. No one is really immune. The information about this thing has been difficult to keep up with, because it keeps changing, sadly. So I do think that everyone has to learn new ways to be in touch with their fans and do things. Certainly, this idea of a drive-in concert, we know that’s probably the most safe thing you can do, although that doesn’t really sound like a concert to me — that sounds like a movie, with the kids.”

In 1984, the guitarist joined KISS, where he remained as their lead guitarist for more than a decade, accompanying the band on the Animalize tour and continuing with the band until the 1996 reunion tour. Kulick is featured on Kissology – Vol. 2 and Vol. 3, the band’s DVDs spanning KISS’s historic 45-year career.

He joined Grand Funk Railroad in 2000 and continues to perform with the group to this day.

DEE SNIDER TO RELEASE “FOR THE LOVE OF METAL LIVE” ALBUM, DVD/BLUE-RAY ON JULY 31ST ›