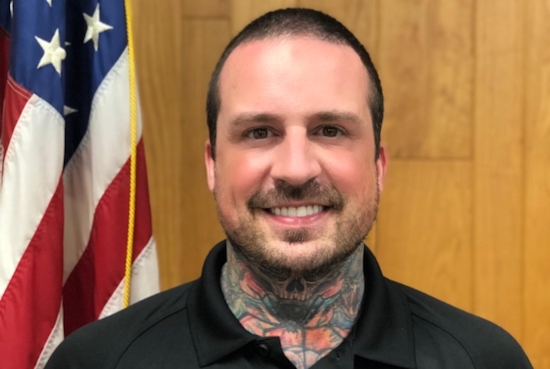 Musician and former Five Finger Death Punch drummer Jeremy Spencer is joining his “brothers” in blue as a way to give back to his home state of Indiana.

The 46-year-old rock star, who left the popular heavy metal band in 2018, was sworn in as a reserve officer with the Rockport Police Department Monday in an effort to “serve the community” and “help out my brothers,” Spencer wrote in an Instagram post.

“I’m still a resident of Las Vegas, Nevada, but it’s an honor to be able to come back to this area when I can and serve the community as a reserve police officer and help out my brothers.”

“You are already missed by many metal heads like myself, my friend,” one user commented on his post, “but this right here is the most selfless thing you could do.”

Not exactly the avenue of exploration I was expecting you to travel down but I think it’s fantastic,” another person commented. “This makes me admire you even more. Stay safe when you do work.”

Spencer, originally from Boonville, left home at just 19-years-old to pursue his career in music but now, over 20 years later, he’s returning for a new “experience.”

“You just see the impact that they have on everyone’s life. It’s so important,” Spencer told WFIE. “Life’s about experience, so to me this was great.”

He added that he intends to use his experience on stage to help him on the field.

“I’m basically taking what I did in the band and just applying it to this, and trying to do the best I can.”

Spencer hasn’t retired from music entirely despite his departure from the band last year, telling the local station he’ll be working on a few new projects while working part time with the police department.

Spencer joined Five Finger Death Punch in 2005 and retired from the band in 2018 after undergoing surgery on his back.