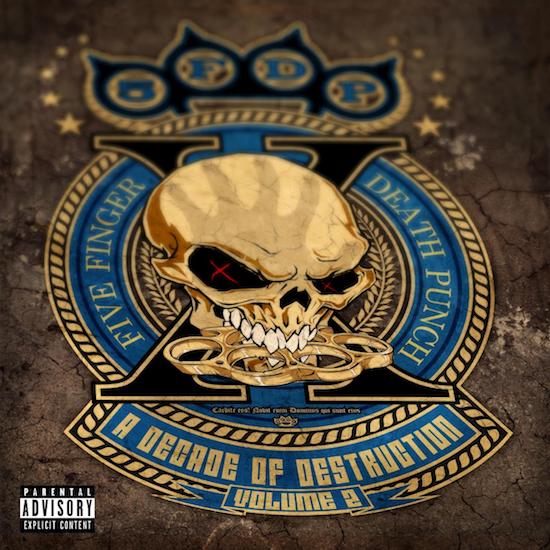 A Decade of Destruction Volume 2 is the follow-up to the band’s popular 2017 compilation, which was recently certified Platinum by the RIAA.

The compilation features 12 of the band’s most popular radio and streaming favorites that were recorded for the Prospect Park label during its first decade of existence. Collectively, these songs have generated over 1 billion U.S. streams, to date.

Also included on the album are five previously unreleased tracks, including a studio track (Broken World), an acoustic/orchestral rendition of one of their most popular songs (Wrong Side Of Heaven-Acoustic–which will be released digitally on September 25th) and three remixes of past favorites by some of today’s most prominent remix artists, including Steve Aoki (Bad Company) Joe Hahn (Wash It All Away), and Felmax (Trouble).

4. I Refuse [taken from And Justice For None]

5. The Pride [taken from American Capitalist]

7. When Seasons Change  [taken from And Justice For None]

8. Cradle To The Grave [taken from The Wrong Side Of Heaven, Vol. 2]

9. Sham Pain [taken from And Justice For None]

12. Never Enough  [taken from The Way Of The Fist]

13. Walk Away [taken from War Is The Answer]

14. The Wrong Side Of Heaven- Acoustic  [new song – previously unreleased]