FEMALE ROADIE RECOUNTS HER LIFE ON THE ROAD IN NEW BOOK 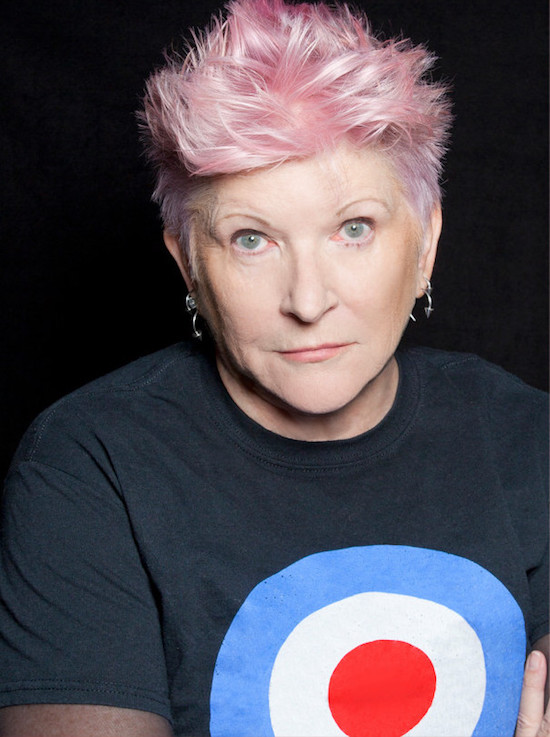 It’s the kind of offer that could make someone kick the habit.

Tana Douglas had just lit her second cigarette, 30 or so minutes into a conversation with George Harrison, when the former Beatle said, “I would marry you tomorrow if you gave up smoking.”

It was 1979 and the two were hiding out in the kitchen at a party hosted by Harrison’s neighbor Jon Lord, keyboardist for the heavy metal band Whitesnake. In the living room, a stripper — a birthday present to Harrison that embarrassed him — danced to the Beatles’ She Loves You.

Douglas was the only woman there who wasn’t a stripper. The first female roadie in rock n’ roll, she hauled equipment and ran lighting for some of the biggest bands in the world — and often saw them at their worst. Besides Whitesnake, she toured with Elton John (“During his brat years, he did drugs and threw tantrums”), Ozzy Osbourne, INXS, Red Hot Chili Peppers, the Police and the Go-Go’s.

“They would bring a guy into the dressing room [after a show] and take his clothes off — debasing, but the guys loved it,” Douglas recalled of the all-girl group.

As recounted in her new memoir, Loud (HarperCollins Australia), Douglas, now in her early 60s, got into the business early. She ran away from her parents’ home in Queensland, Australia, in 1973 at age 15 and joined a group of hippies. When they all wound up at a music festival, she assisted a local pop band in moving equipment: “Everybody started laughing when the guitar player said I would help with the load-out — and then they kept giving me more and more to handle.” At 17, Douglas was recruited by AC/DC and living with the band.

She was taken in by their crew as family, and she held her own.

Then there was the time that she helped save the life of AC/DC vocalist Bon Scott — during an overdose.

“We all woke up to a girl screaming about Bon not breathing,” Douglas recalled. “I did CPR and kept him alive until the paramedics came. He survived and we never talked about it. When you’re young, you think you are bulletproof…”

…Though she happily retired from the road 20 years ago and has since found new careers — doing logistics for bands, location work for movies and writing — there is one thing Douglas misses: a leather jacket lost to Iggy Pop.

During a late ’70s gig in London, Douglas — with whom the rock icon had become friendly on his TV Eye tour — was summoned to the star’s dressing room. “Iggy held a mirror with three lines [of cocaine] and he said that he wants me to meet somebody,” she recalled. “A guy stood in the corner and I assumed he was the coke dealer. I told Iggy that he’s got to get on stage. He did a line and handed me the mirror. I figured, ‘Screw that guy [in the corner],’ and I did both lines. Then Iggy said, ‘I want you to meet David Bowie.’ ”

Iggy rushed out to perform, and Douglas stashed her beloved leather jacket under a monitor on stage. “The show started, Iggy grabbed my leather jacket — which he’d been unsuccessfully asking to borrow — and put it on for a song. Then he peeled it off, threw it aside and a fan grabbed it. That’s how Iggy Pop caused me to lose my trademark leather jacket. Maybe it was revenge because I did Bowie’s line.”

‹ WITH A LITTLE HELP FROM HIS FRIENDS, ANTHRAX’S CHARLIE BENANTE ANNOUNCES NEW COVERS ALBUM, “SILVER LININGS,” DUE MAY 14TH