King’s X frontman dUg Pinnick has undergone successful surgery for a hernia – after fans paid for the operation. He’s needed medical attention for years but couldn’t afford it due to a lack of medical insurance. But supporters rallied round and raised $26,000 from 599 contributors via a GiveForward crowdfunding drive.

Pinnick says, “Hernia surgery was a success; I’m waiting to be released.”

He previously explained, “I’m overwhelmed with the amount of love people have shown by contributing. I have avoided this for way too long and I know I have to fix this immediately. I wish I could say that all the wonderful years of playing in King’s X were financially rewarded, but it’s not the reality. I’m not complaining – I’m thankful that I get to make music for people who want to hear it. We will never stop working hard, and we’ll continue to make music in good times and bad.”

Pinnick had no option but to keep working through the pain, and along with King’s X, he recently released his sixth solo album, Naked, launched power-trio project Pinnick Gales Pridgen with Eric Gales and Mars Volta drummer Thomas Pridgen; and guested on Dokken offshoot T&N‘s first record.

“It’s a tough business,” he reflects, “but it’s what we were born to do. Our fans have stood by is through it all. I can’t thank you enough for helping me when I needed it the most. Thanks to the people who have never heard of me or King’s X and donated out of love. I hope I can repay you all someday with a huge hug, and continue to make the music that makes you think and groove.” 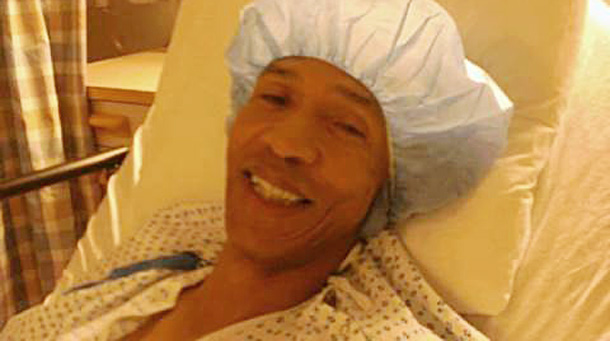 QUEENSRYCHE DRUMMER ROCKENFIELD ON THE TWO VERSIONS OF THE BAND: “IT HAS CAUSED CONFUSION HAVING TWO BANDS WITH THE SAME NAME” ›