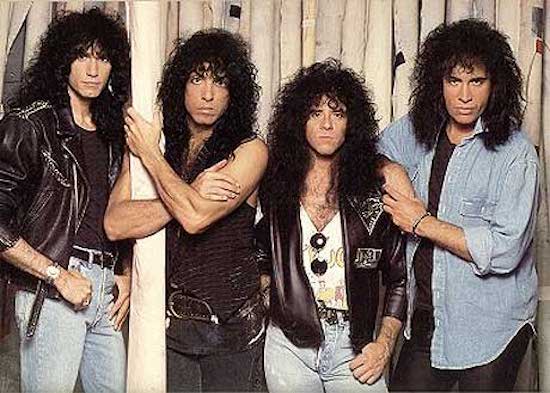 Wrestling superstar, and Fozzy frontman, Chris Jericho, interviewed both our very own Eddie Trunk, and author Greg Prato, on his podcast Talk is Jericho.

Prato was on discussing his book, Take It Off: KISS Truly Unmasked, which features interviews with Bruce Kulick (who was KISS’ lead guitarist for much of that time period), video director Paul Rachman (who did the “Unholy” and “Domino” videos), producer Ron Nevison (who helmed the “Crazy Nights” album), and Eddie Trunk.

Both Greg and Eddie discuss 80’s KISStory, including a breakdown of the 12 non-makeup albums, the big tours, late, great drummer Eric Carr (who was a close personal friend of Eddie’s), Vinnie Vincent’s contribution to the band during his short tenure, Gene Simmons’ run of 80s films, and the role that MTV played in keeping the band alive. Listen to the podcast below.

MUSICAL INSTRUMENTS, AND GEAR, BELONGING TO RANDY, AND HIS MOTHER DELORES RHOADS, STOLEN FROM THEIR MUSIC SCHOOL ›