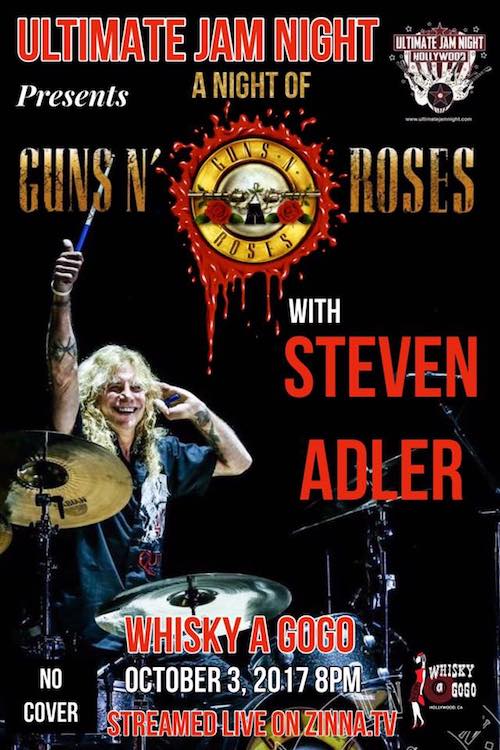 Video footage of the performance can be seen below.

The drummer reunited with GN’R for the first time in twenty-six years during the 2016 leg of the Not In This Lifetime tour.

Adler is currently planning on doing select live dates in 2018, performing the landmark record Appetite For Destruction in it’s entirety.