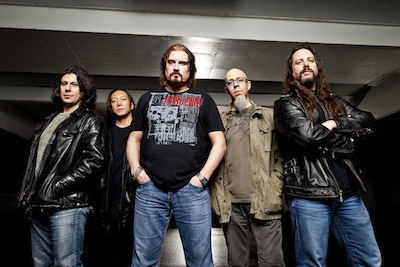 This anticipated cinematic event was captured over two nights during the final leg of the band’s 15-month A Dramatic Turn Of Events world tour, which hit 35 countries. Dream Theater: Live At Luna Park was filmed in Buenos Aires, Argentina – home to one of Dream Theater’s most ardent fan-bases.

Dream Theater: Live At Luna Park runs for 160 minutes and features many of the band’s classic tracks, including, Metropolis Pt. 1, The Silent Man, Pull Me Under, The Root Of All Evil, The Test That Stumped Them All, The Spirit Carries On, and the recent track On The Backs Of Angels. Dream Theater formed in 1985 under the name Majesty and has remained a top name in progressive metal ever since.

“Dream Theater: Live At Luna Park is a fantastic addition to our Rock In Cinema series,” said Mark Rupp, Co-Founder and President of SpectiCast. “We are delighted to continue our relationship with Eagle Rock Entertainment, bringing theatrical releases of concerts by some of the world’s best musical groups to theatres around the globe.”

Furthermore, Dream Theater – the first self-titled collection in the GRAMMY®-nominated band’s nearly three decade career – arrives at last on September 24th. The album is now available for pre-order in a wide range of distinctive versions, including standard and special edition CDs, 180 Gram Vinyl Double LP, and a Limited Edition Box Set. Fans who pre-order the album via the iTunes Store will receive an instant free MP3 download of the Dream Theater’s new single, The Enemy Inside. Preorders are also available at Dream Theater’s Webstore and at the Roadrunner Records Webstore. 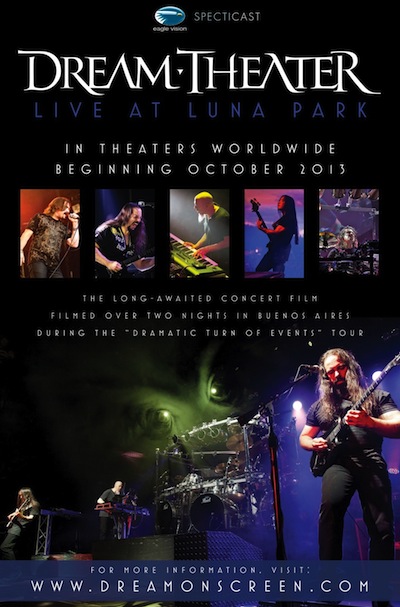