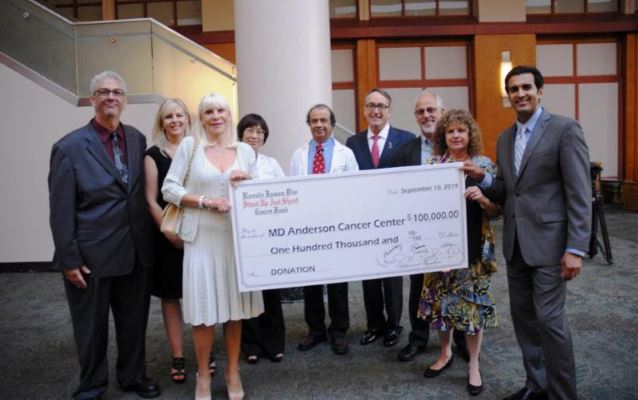 The Ronnie James Dio Stand Up and Shout Cancer Fund, founded in memory of the late heavy metal singer, last week presented a check for $100,000 to the M.D. Anderson Cancer Center in Houston. This donation is the second installment in a commitment to fund gastroesophageal cancer research spearheaded by Dr. Jaffer A. Ajani, Professor, GI Medical Oncology, who treated Ronnie James Dio at the Center for the last six months of his life. The Fund’s initial donation of $117,000 in December of 2010 served as seed money that allowed Dr. Ajany to receive additional grant monies as well as several National Cancer Institute (NCI) grants with a total amount of $10 million.

A privately funded 501C3 charity organization dedicated to cancer prevention, research and education, the Ronnie James Dio Stand Up and Shout Cancer Fund has already raised more than $800,000 in its short history. Interviewed about the gift to M.D. Anderson, Wendy Dio, widow of the late singer and Fund President/Founder, said that her husband’s cancer treatment at the world-renowned cancer center “gave him hope, and the most important thing for a cancer patient is to have hope.”

Gastric cancer often remains a silent killer because of its vague symptoms that often mirror less serious maladies. Sadly, gastric cancer has been on the rise over the past decade and funding for research to stop this deadly disease is grossly inadequate. Dr. Ajani and his team’s research is based in the idea that there are cells called “signaling cells” that help determine the life cycle of a cell. Sometimes, these cells “misfire” and direct cells to multiply and propagate into cancer. The research is aimed at identifying these signals and suppressing them or altering their signal in order to avoid development into cancer.

Dr. Sandeep Kapoor, who was Ronnie Dio’s general doctor and serves as Medical Director of the Dio Cancer Fund, has been working closely with Dr. Ajani’s team of researchers for the past four years. “The best part of providing direct support to Dr. Ajani’s research at the MD Anderson Cancer Center,” he says, “is that the seed money from the Dio Cancer Fund is leveraged to obtain multimillion dollar grants from the government to expand the research and, hopefully, put an end to this deadly disease.”

To learn more about the Ronnie James Dio Stand Up and Shout Cancer Fund or to make a donation, please visit www.diocancerfund.org. 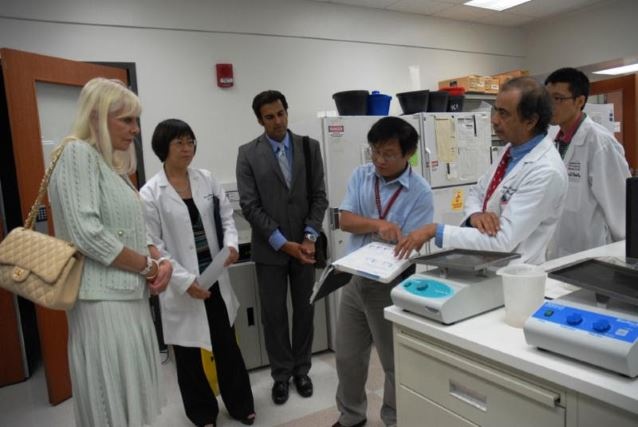