DEE SNIDER DISCUSSES HIS NEW SOLO ALBUM, “FOR THE LOVE OF METAL” 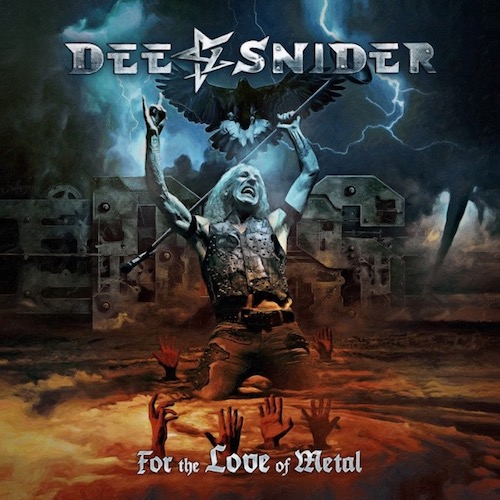 Greg Prato of Bravewords spoke with Snider about his latest release, excerpts from interview appear below.

BraveWords: How did the idea come up to do For The Love Of Metal?

Dee Snider: This is all Jamey Jasta. Mentally, I was done. I was doing other projects – I just sold a children’s animated show to Netflix that we are going into production on and a couple of movies I’m working on. I’m doing other things. Then on Jamey Jasta’s podcast (The Jamey Jasta Show), he challenged me – literally – to do a contemporary metal record. I accepted the challenge, and we went from there.

BraveWords: How would you say the album compares to a Twisted Sister album?

Dee Snider: Look, Twisted Sister was a metal band at its core. And that gets overlooked sometimes, because of the success of a couple hit singles (We’re Not Gonna Take It and I Wanna Rock). So, it comes from the heaviest side of Twisted Sister. So, I’m very comfortable there. But, it’s a contemporary record musically, and I didn’t write the songs – they were written by a lot of different contemporary metal artists. People from Disturbed, Lamb Of God, Killswitch Engage, Toxic Holocaust – all these bands were contributing. It’s a contemporary sound, but it connects to the heaviest parts of Twisted Sister.

BraveWords: How much of a part did Long Island play in the success of Twisted Sister?

Dee Snider: Certainly, hugely. But also, you have to include the Tri-State area. And the fact was, we were continuing to expand outward – we were working our way into Pennsylvania. We were from Long Island – me and Mark “The Animal” Mendoza are – so certainly, that influences you. That suburban mentality. And also, our music – heavy metal always appealed to suburban kids. It’s not been an urban sound, it’s been a suburban music. But also, what was very important was the club scene, which is gone now – with an 18-year-old drinking age. It was a very powerful club scene – where we would play for anywhere in front of a thousand to four thousand people a night, five nights a week. For years, before we had a record deal. That allowed Twisted Sister to develop and hone its act and music.

HEADING OUT OF TOWN ›