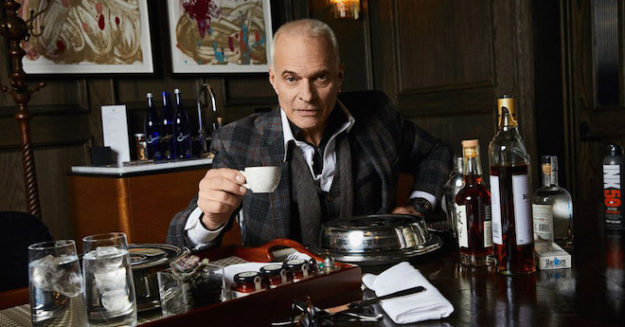 On a new episode of David Lee Roth‘s podcast, The Roth Show, he discussed his relationship with guitarist Eddie Van Halen.

Roth said, “My dear departed, Ed, Boy, I miss him. I had a ball with Ed. Walt Disney once said, ‘You know what? My love affair with Mickey Mouse was better than any love affair with a woman I ever had.’ I’ve gotta tell ya: playing with Ed, writing songs with Ed, presenting those songs with Ed was better than any love affair I ever had. And some of those songs, I think, might last forever — or until the last syllable of time, like Shakespeare said. ‘They became anthems.’ Where are they playing Jump right now?”

“I remember when he played it on the keyboard downstairs. I said, ‘No,'” he laughed. “Well, we reflect the times, and the times at that time was guitars, guitars, guitars; and Jump was one of those hybrids.”

Eddie Van Halen, sadly, passed away, on October 6th, 2020 at the age of 65, after a years-long battle with cancer.

Listen to the podcast below.