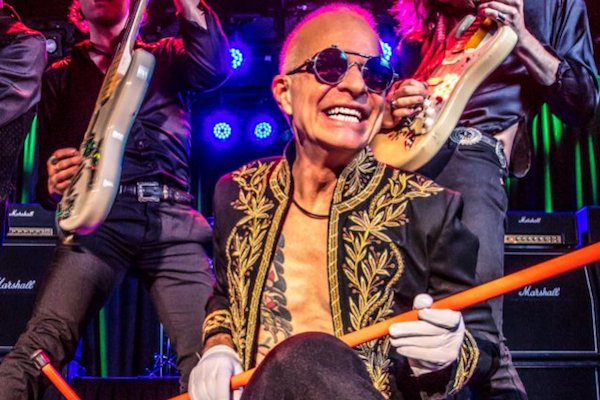 David Lee Roth — frontman and voice of Van Halen — is coming to Las Vegas. Toastmaster general of the immoral majority Diamond Dave is bringing the rock to the House Of Blues Las Vegas with a residency beginning on January 8th, 10th, and 11th at the Mandalay Bay Resort And Casino.

David Lee Roth: Rocks Vegas will delight fans with an explosive two-guitar sound, bringing his long list of mega familiar hits to life that you’ve only heard on the radio till now. Tickets go on sale Saturday, September 14th at 10 a.m. PT at Ticketmaster.com with presales beginning Tuesday, September 10.

With a changing set of 26 instantly recognizable songs, including Jump, Panama and California Girls, it is the sound of a generational prison break.

“A weekend with me,” laughed Roth, “is interactive way beyond just music. It starts with the best food on earth. The fellas smoke their three cigarettes for the year and we all stay up way past our bedtime.”

“House of Blues Las Vegas is known as an intimate venue where fans can see huge, legendary acts and that tradition continues with David joining our family,” said chief operating officer of Live Nation Clubs And Theaters Division Ben Weeden.

Sinatra, Gaga, Elvis, Roth — only the most three-dimensional and colorful performers take up residence in the showbiz capitol of the world. Most bring great shows to Vegas — David Lee Roth is Las Vegas. Sin City, where we love, laugh and live it up. Las Vegas is where we celebrate and do the victory dance. Diamond Dave at the House of Blues Las Vegas is the perfect soundtrack.