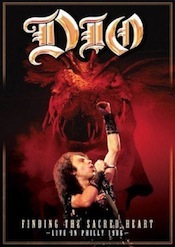 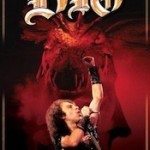 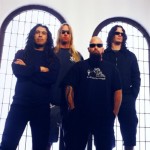 Slayer guitarist Kerry King says that frontman Tom Araya has had doubts over drummer Dave Lombardo for a while, but King wanted to keep him.

It was only when “trouble in paradise” flared hours ahead of their Australian tour that King made the decision to have the drummer replaced. Jon Dette is currently the percussionist for Slayer’s Australia’s tour, and the band is not sure about Lombardo returning to the position.

Asked whether he saw the dispute coming, King told Soundwave TV, “Tom did. Tom’s been on the fence about Dave for a while and I was pretty much the one that said, ‘Nah, I’m not comfortable moving on.’ Then it got thrust in our face, and I took action immediately. It’s unfortunate that Dave couldn’t be with us. I planned on him being here up until the Monday before I left – then I saw trouble in paradise. Since I’m the mastermind on making decisions like this, I was like, ‘Alright, I’ve got a backup plan.’ I did what I thought was best and we pulled it off.”

Dette, who’s also standing in for Anthrax drummer Charlie Benante during the Australian festival tour, was a member of Slayer between 1996 and 1997.

King continued, “I’m like, ‘How are we going to get a visa for whoever goes with us?’ I went, ‘Jon’s with Anthrax, Jon knows our stuff. If he couldn’t do it I don’t think I could have taught it to anybody in time. We rehearsed three times and the first show was Brisbane. He’s doing really good. He was completely out of playing for a while, he told me. To just be at the level of playing he is, it’s really awesome.”

King has put together 11 tracks for Slayer’s next album – but he doesn’t know how or when they’ll start work in the studio. Additionally, he doesn’t know if fellow guitarist Jeff Hanneman will return from his near-fatal spider bite in 2011. He’s been temporarily been replaced by Exodus’ Gary Holt.

“I would like to do it between Australia and Europe in June,” says King. “It could get mixed while I’m out on tour and be out in September or October. I’ve been working on the new material a lot – I worked on it a lot with Dave. So I haven’t decided.” 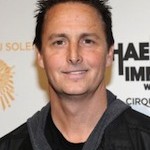 ROCK AGAINST MS BENEFIT CONCERT VENUE CHANGE, NOW BEING HELD AT THE WHISKY A GO-GO 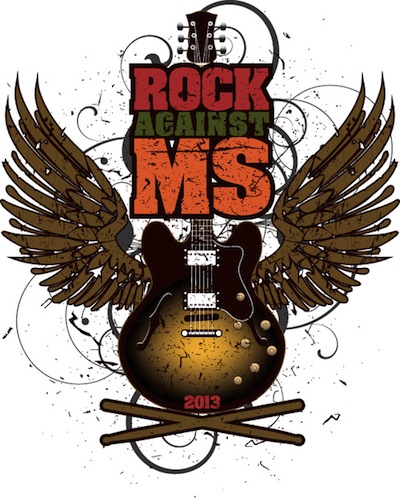 The Rock Against MS Benefit Concert featuring artists such as Glenn Hughes, Lemmy, John 5, Blasko, Steven Adler, Kenny Aronoff, Jack Russell, Jeff Pilson and others, will now be held at the The Whisky A Go-Go on Wednesday, March 27th.

Yngwie will release his autobiography, Relentless: The Memoir, on May 21st through Wiley. Read more about it by clicking here.

Music impresario Kim Fowley has told how Axl Rose refused a cash offer of $50,000 to leave Guns N’ Roses before the band had been signed.

A big name manager wanted the singer to front a band he was already working with, and presented the cash in a suitcase. But Rose refused in an instant – telling him it was nowhere near enough money.

Yet when Guns N’ Roses finally signed their own deal and Rose had a check for half of their $75,000 advance, he still hustled Fowley for a free dinner.

The iconic producer tells Antimusic, “I was working for a rich manager of a difficult band who had drug issues and alcohol issues. He said, ‘I don’t know about this band I’m investing in. Something tells me these guys might not make it. Do you know anyone else who’s weird and strange and difficult, but possibly platinum?'”

Fowley recommended Guns N’ Roses and the manager arranged a meeting with Rose for the following day. He told the singer. “You guys are great. To show you how serious I am, I’m going to open this suitcase and show you what’s inside. And you can walk away with the suitcase. Go ahead, Axl, open the suitcase.”

“So Axl opens the suitcase and there’s $50,000 in cash,” Fowley continues. “The manager says, ‘What do you think?’ Axl says, ‘With all due respect, sir, whoever you are – that’s not enough for Guns N’ Roses. We’re going to be bigger than that. It’s just a matter of time. I’ll say no politely and I’ll go away and I’ll make more money than this on our initial signing with my guys.”

“‘Why don’t you help these guys out? They’re deserving. They’re probably not as great as we are – but if you’re going to piss it away, you might as well piss it away on them because you’re already working with them. I gotta go rehearse. It was nice seeing all of you. Goodbye.’

“We all applauded him. What else do you do? I always thought of all the starving musicians I’d ever seen. He was the only one who knew exactly how valuable he was, and how not to panic. Because that’s a lot of money for anyone. And he just wasn’t interested.”

When the band signed with Geffen, Rose left the building with a check for $37,500 and another for the same amount due when they started recording what would become debut album Appetite For Destruction.

Fowley met the singer in L.A.’s Rainbow Bar & Grill and was shown the check. “I said, ‘When are you going to cash it?’ He said, ‘Tomorrow – the banks are closed. So buy me dinner.’

“He hustled this free dinner, and with his $37,500 he walked away. Good for him. And that’s how I know Axl. I know that Axl – the kind of guy who kinda had it under control.”