BLACK STAR RIDERS TO RELEASE “THE KILLER INSTINCT” IN FEBRUARY

Fresh from the critically acclaimed debut album All Hell Breaks Loose in 2013, Black Star Riders are set to release a new studio album, The Killer Instinct, in February 2015. The album will be followed by a full UK and Eire co-headline tour

The band toured 2013’s All Hell Breaks Loose for a year – playing across the globe. October 2014 saw them gather in Nashville, TN and enter the studio with heralded producer Nick Raskulinecz (Rush, The Foo Fighters, Alice In Chains, Mastodon) to start recording the follow up. The result is The Killer Instinct.

Ricky Warwick explains, “Life’s not fair, never has been, never will. Sometimes you have to live with a killer instinct just to survive in the ongoing pursuit of happiness. Because nobody can do for you what you should be doing for yourself.”

The energy in the studio from a year of touring, and Black Star Riders gelling as a creative force has resulted in a truly powerful sophomore effort. From the Irish-tinged rock of Soldierstown to the balls-out twin guitar riffing of Sex Guns & Gasoline. From the dirty groove of You Little Liar to the acoustic Blindsided, this is a band coming of age. The Killer Instinct will see Black Star Riders cement their place as one of the most exciting contemporary rock acts.

Damon Johnson says, “Nick Raskulinecz came riding out of the sunset like a Viking warrior, with his record collection and arsenal of killer guitars and amplifiers and proved to be the world class producer we had heard so much about. Indeed, the rumors are all true. There’s no doubt that Ricky and I had written a sizable number of songs, but Nick patiently walked through the full song list with the entire band and made sure we focused on the material to best represent Black Star Riders in 2015.“ 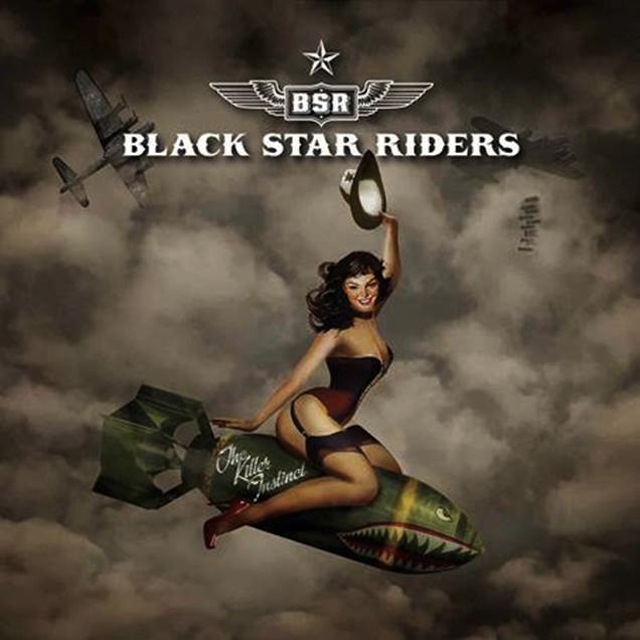