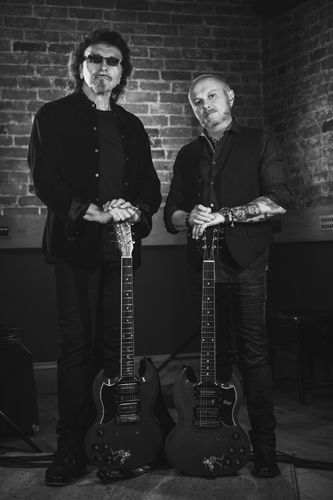 The track – Iommi’s first since Black Sabbath’s 13– also features Momo himself, an accomplished guitarist in his own right who lends a hand for some scorching solo lines and supportive riffing.

“I’ve had the riff for quite a while and I’d never done anything with it,” Iommi commented, “but it gave us a base to start from. We built up the track with programmed drums at first and then Mike Exeter demoed bass and keyboards on it, and I added my guitar solos, just to give us an idea of how it was going to sound.

Then we added the strings, I’d worked with string sections on Sabbath albums before, but this was a whole new experience.”

Now, about that fragrance. Over lockdown, Iommi struck up a friendship with Momo of Xerjoff, the latter of which is renowned for its “unique and individual collaborations” – we’re not having a hard time believing that.

It’s this friendship that forms the inspiration for the scent, with Iommi citing his extensive touring experiences as having introduced him to a multiplicity of fragrances.

“It’s something I’ve always been interested in, ever since the early days of products like Brut and Old Spice, which I’d always get given for Christmas,” Iommi reflected. “Once I started touring the world with Sabbath though, I started discovering different sorts of fragrances from other countries and began collecting them.”

Of how his latest project came about, Iommi continued, “I met Sergio through another friend of mine, and Sergio kindly sent me a box of his fragrances and asked if I’d be interested in creating my own, which I certainly wasn’t expecting.

“Sergio suggested I come up with a list of things I like the smell of. He developed some different samples made up from my suggestions and I picked the one I like.”

In terms of what it actually smells like, the scent is said to hark back to ‘60s and ‘70s-era rock, festivals and gatherings by way of amber and patchouli, and pays tribute to Iommi’s ’64 Monkey Gibson SG Special by incorporating “spicy and seductive scents.”

“It’s been a really interesting project for me that has combined many of my different interests and a direction I’m really enjoying going in,” concludes Tony. “I’ve got so many riffs; it would be great to do more instrumental and soundtrack work.”

Tony Iommi’s signature scent will be available from November 29 from selected retailers or the official Xerjoff website.