The End CD track listing is as follows:

Beyond the collaboration with Shepard Fairey, Black Sabbath will celebrate artists each night of the tour by commissioning exclusive posters for each market on The End tour.

For those who can’t wait for The End tour to hit their city, the band has released a behind the scenes preview from their Los Angeles rehearsals. Set to debut Friday, January 15th at Blacksabbath.com and via the band’s social media, the clip was teased via a short clip Wednesday, January 13th. [Update: See posted below.]

Black Sabbath will end the epic journey they began nearly five decades ago when their 2016 The End world tour kicks off Wednesday, January 20th in Omaha, NE. The band–Ozzy Osbourne, Tony Iommi and Geezer Butler–will then head to Australia, New Zealand and Europe (fora mix of summer headlining and festival performances), before returning to North America in August.

The massive 2016 world tour by the greatest Metal Band of all time marks the end for Black Sabbath as they close the final chapter in the final volume of the incredible Black Sabbath story with this tour. Black Sabbath’s The End farewell tour promises to surpass all previous tours and will feature the band’s most mesmerizing production ever. The support act for the whole tour is Rival Sons.

When this tour concludes, it will truly be the end, the end of one of most legendary bands in Rock ‘n Roll history…Black Sabbath.

Details on Tickets,VIP packages and more for the North American shows can be found at Live Nation. 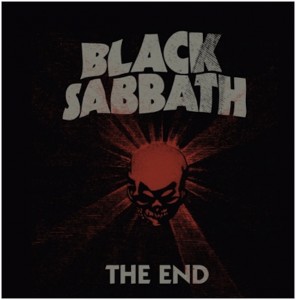