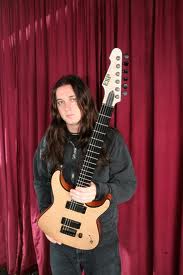 “Jon is a bro and he’s also a total f**king ripper,” said Scott Ian. “I’ve worked with him twice before on side projects and he tears it up. I’m excited to have him on my right burning up the stage with Anthrax. 13’s gonna be a good year.”

“I grew up on Anthrax, they’re the thrash scene, they’re one of The Big Four, I’d be crazy to not want to play with them,” said Donais. “Initially, Rob called and told me he was leaving the band, and asked if I’d be interested in filling in. Then Scott called me and everything fell into place. Rob and I are using Skype to work on solos and other guitar parts, so he’s being great. I also have to give special thanks to my band – Brian, Matt, Jason and Ed – who have been incredibly supportive and encouraged me to do this.”

Dates for Anthrax’s upcoming concerts with Jon Donais on guitar are as follows: