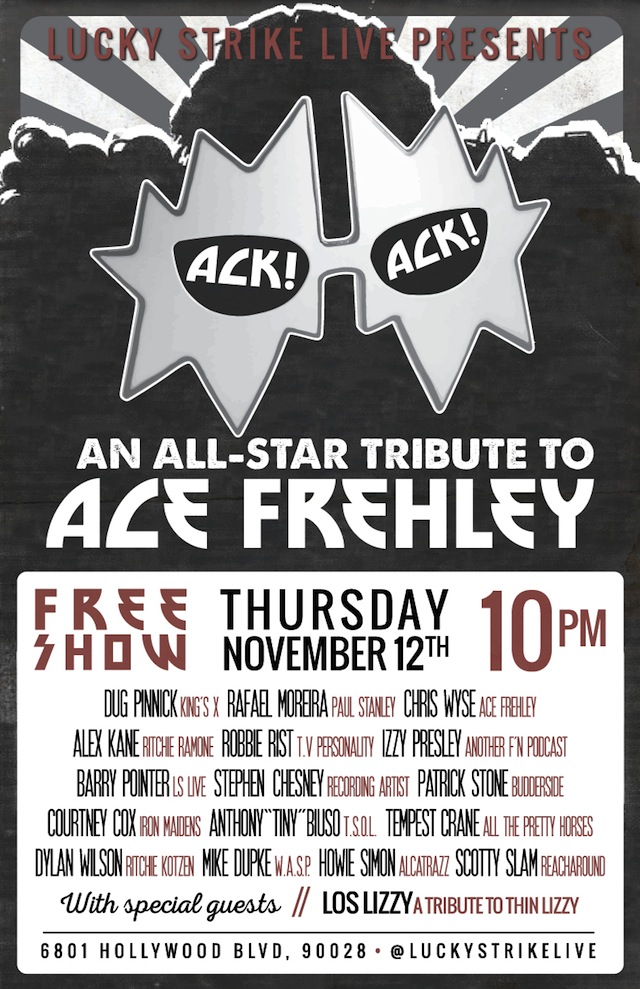 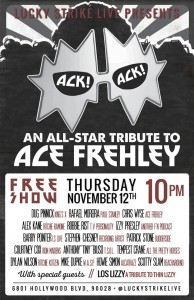 In 2013, Izzy Presley started ACK! A Tribute To Ace Frehley in Minneapolis along with Pentagram drummer Minnesota Pete Campbell, and since Izzy has relocated to Los Angeles he has taken his show with him.

He is debuting the band in Hollywood on Thursday November 12th with an all star cast. The band itself features Mike Dupke (Formerly of W.A.S.P.), Barry Pointer from Lucky Strike Live, and Dylan Wilson from Richie Kotzen’s band. Johnny Martin of Adler and Chad Stewart from Faster Pussycat were unavailable to do the show due to scheduling reasons but will be playing with the band in the future.

The show will be opened by Los Angeles based Los Lizzy, a tribute to Thin Lizzy and starts at 10pm. Best part….NO COVER!