Chuck Brennan, CEO of Dollar Loan Center and namesake of the Brennan Rock & Roll Academy, doesn’t do anything halfway. To celebrate the grand opening of the Brennan Rock & Roll Academy, the businessman, philanthropist and former music industry executive is planning the biggest entertainment event ever held in Sioux Falls South Dakota and recently added comedian George Lopez to a celebrity-packed week of performances.

Brennan is a native of Sioux Falls and helped develop the academy to serve Boys & Girls Clubs members in the area. After a $250,000 initial donation and commitment to financially support the program for the next 20 years, Brennan enlisted some of his famous friends to help celebrate its grand opening.

The star-studded events kick off with a performance by Night Ranger, one of America’s greatest rock bands, on Tuesday March 26th. World-famous comedians George Lopez and Louie Anderson bring a night of laughter on Wednesday March 27th with help from Rick and Cory Harrison from the hit reality series Pawn Stars. Alice Cooper rocks the house on Thursday March 28th with a little help from rock & roll super-stars including Tommy Thayer and Eric Singer of KISS, Robby Krieger of the Doors, Sebastian Bach, and Joey Allen of Warant. The Boys & Girls Club members get their very own rock concert on Saturday afternoon March 30th with 80’s rock tribute sensation Hairball. That same evening Hairball will be joined by Vince Neil of Motley Crue and Stephen Pearcy of Ratt to bring down the house.

Tickets are now available at www.brennanrockandrollacademy.com. All shows are fundraisers to benefit the Academy and Boys & Girls Club of the Sioux Empire, with a free open house on March 29 that includes facility tours for the public. Sponsorships are also available.

“This will be an experience that has never happened before and will likely never happen again,” said Brennan. “These performers are friends and support my dream of bringing the joys of rock music to kids who would otherwise never be exposed to it. There are so many benefits of music education and I am very grateful that these legendary entertainment icons can help the children of Sioux Falls.”

Alice Cooper, who founded Alice Cooper’s Solid Rock Foundation in Phoenix, was on-hand to help Brennan announce the academy’s formation last year. “He has been an incredible mentor and supporter in helping bring the academy to my hometown,” said Brennan. “I grew up just a few blocks from here and know first-hand how important it is for kids to explore their passions and be supported in that,” said Brennan.

The Brennan Rock & Roll Academy will provide the first ever free music education program for children in the Boys & Girls Clubs of the Sioux Empire, focusing on Rock & Roll instruments including guitar, bass guitar, keyboard, drums and vocals.

“This school will change the lives of many Sioux Falls children. But we can’t do it alone. We need the support of community members to make this into one of the finest Boys & Girls Clubs programs in the country, and a model for other communities.”

Brennan has a lifelong love for Rock & Roll. Before founding Dollar Loan Center in Sioux Falls, Brennan opened and operated one of the largest Rock & Roll concert halls in the Midwest, The Blitz Ballroom. Iconic bands including Joan Jett, Steppenwolf, Quiet Riot and Blue Oyster Cult all graced the stage at the Blitz during Brennan’s ownership of the venue.

Brennan’s company now operates in South Dakota, Nevada, Utah and California and has given hundreds of thousands of dollars to community organizations including Opportunity Village and Henderson Little League in Nevada as well as Alice Cooper’s Solid Rock Foundation.

This year, the company was named a “Best Place to Work” In Southern Nevada by Vegas Inc. magazine. Dollar Loan Center has received several industry awards from their peers forcharitable work. For more information, visit www.dontbebroke.com.

One of America’s greatest rock bands, this multi-platinum selling group with hits including Sister Christian, When You Close Your Eyes and the rock anthem (You Can Still) Rock In America kicks off the grand opening events in style.

George Lopez needs no introduction. He is one of the most famous and incredible comedians in America! Award-winning comedian, author and television star Louie Anderson will share his experiences as growing up one of 11 children. They will be also be joined by reality television phenoms Rick and Corey Harrison from the widely acclaimed History Channel show Pawn Stars.

An experience of a lifetime for rock music lovers! Rock legend Alice Cooper rock the house with friends including Tommy Thayer and Eric Singer of KISS, Robby Krieger of the doors, Sebastian Bach, and Joey Allen of WARRANT. Come check out your rock star heroes at this epic event. Kory & the Fireflies open.

Rockin’ Open House—Free to the public

The public is invited to see this incredible facility, sign their children up to the Boys and Girls Clubs. There will be free Pizza by Pizza Patrol as well as performances by 5 great regional bands bands. After 5 p.m., only guests 21 and over will be admitted.

A free performance exclusively for members of the Boys & Girls Clubs of the Sioux Empire. Popular 80’s Hair Metal tribute band HAIRBALL will give club members an experience of a lifetime with fun and energetic rock show.

Vince Neil of Motley Crue and Stephen Pearcy of Ratt

Mötley Crüe frontman Vince Neil is without a doubt one of the most iconic lead singers in rock history selling more than 80 million album copies worldwide. Neil will rock the house with multiplatinum selling singer and songwriter Stephen Pearcy of Ratt. The prolific artists will be joined by HAIRBALL for an evening you won’t forget. Break out the Spandex!

*All performances include dinner and drinks. Maximum four-ticket purchase per person. 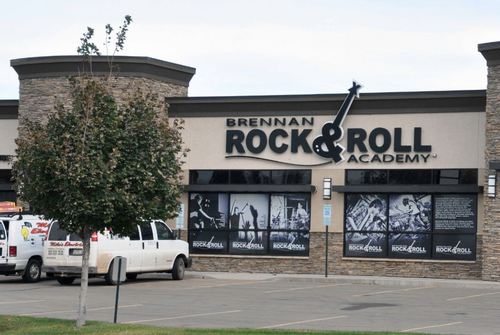