GUITARIST REB BEACH ON BEING CALLED A “SHREDDER,” “WHEN I THINK OF A ‘SHREDDER’ I THINK OF SOMEONE LIKE YNGWIE MALMSTEEN, [NOT] MYSELF” 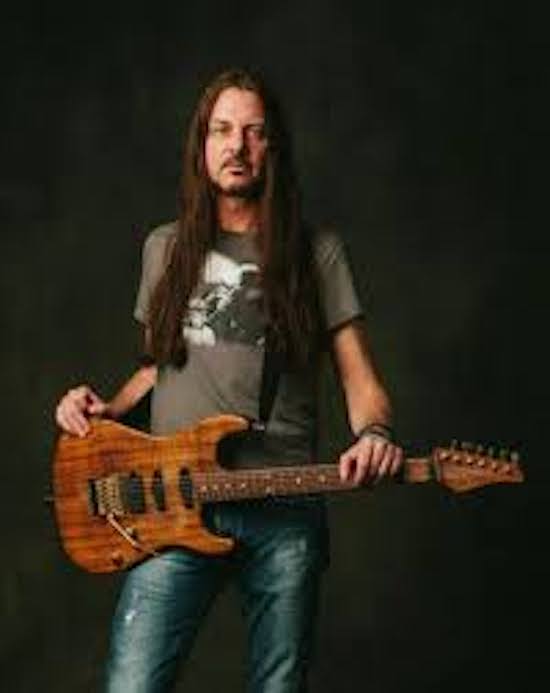 Ruben Mosqueda of Sleaze Roxx spoke with guitarist Reb Beach (Winger, Whitesnake). Beach released a solo album tittled, A View From The Inside, on November 6th. Highlights from the interview appear below.

Sleaze Roxx: If you’re going to release a solo album, this is the year to do it.

Reb Beach: Oh yeah, with all the downtime, it’s good timing. I have been hearing from people that the album is uplifting which is great to hear.

Sleaze Roxx: One of the things that could be hard for fans to digest are instrumental albums, if that isn’t what you’re used to listening to. It’s always great when you come across an album like A View From The Inside, that guitar enthusiasts can get into as well.

Reb Beach: Thank you. That’s nice to hear. I have read a couple of reviews where the reviewers have said something like, “This album is only for fans of jazz-fusion.” I disagree. There’s barely any jazz on the record! I’m not a jazz player at all!

Sleaze Roxx: How long have you been sitting on some of these tunes?

Reb Beach: Little Robots was one of the first ones that I wrote in 1986. Black Magic was written for the Guitar World compilation in 1989. Cutting Loose was written for my instructional video also in 1989, but it was never properly recorded. People would say from time to time, “Hey what’s the name of that song on your instructional video?” I would tell people, “It doesn’t have a name. It’s just a jam.” It was on the video and everyone that heard it seemed to love it. I had to recut it.

Sleaze Roxx: You’re promoting the album by doing interviews and getting the word out. I assume you want to take this to the stage at some point?

Reb Beach: I would love to get on one of those tours. I was talking to Joe Satriani last year. I went to one of his shows and we talked for about 20 minutes. He’s such a nice guy. He said, “Hey listen, if you get an instrumental record, we can get you out on one of these tours.” I said,”Funny you mention that, I’m actually almost finished with my instrumental record.” He said, “Okay get it to me as soon as it’s done.” So I got it to him last week. We’ll see what happens. I’d love to do something like that, time willing and I’m able to do it given my commitment to Winger.

Sleaze Roxx: Do you ‘cringe’ when someone refers to you as a ‘shredder?’

Reb Beach: When I think ‘shredder’, I think of someone like Yngwie Malmsteen. I certainly don’t consider myself as a ‘shredder’ but I know a lot of people do. I guess they needed some easy name to refer to this style of play and that was it [laughs]!…I guess it helped that when I came out in 1989, I did the fast stuff and did those breaks, on Seventeen. That really helped my career for sure. I don’t have a problem with it.

Sleaze Roxx: You stepped into Night Ranger for a couple of years when Jeff Watson departed.

Reb Beach: It was a year and a half or so. I loved my time in Night Ranger. I have always been such a big fan. What a great time. I got along so well with Brad [Gillis]. It was a great honor, because I learned how to play the whammy bar from Brad Gillis [laughs]! One of the first videos on MTV was Don’t Tell Me You Love Me. I rushed right out and bought a whammy bar after I saw that [laughs]! It was great playing in Night Ranger.

Sleaze Roxx: You also put together the band The Mob together. You had Kip on board as well as [Dug] Pinnick. How did that come to be?

Reb Beach: Frontiers [Records] approached me about doing a “super group.” They wanted me to use one of those singers with the really high voices. You know the ones. The guys from Sweden or something. I didn’t want to do that. I had all of these songs that I had written. They weren’t quite done yet. I went to Kip and I said, “I have like ten song ideas, but I need help to finish them.” So Kip went in and helped me finish them and then I had the idea of using Dug Pinnick, because he was one of my favorite singers. The label wasn’t too happy about it because it wasn’t what they had envisioned. It’s Dug’s huge, incredible voice over very straightforward music. It’s not like King’s X at all. King’s X is just way “progressive”’ There are people that got it and there’s been many people that have been calling for a second record.

Sleaze Roxx: So does it interest you at all to do another record?

Reb Beach: Yeah, but like with this instrumental record, it would be way back on the back burner. We’re right in the middle of Winger right now. So my priority is going to be the next Winger record and then once we’re all clear to tour, we’re going to be gone baby [laughs]. We have been looking at going to Europe and Japan.

Sleaze Roxx: One thing that I really appreciated when you joined Dokken was that you didn’t try to play like George Lynch and you did it in your own style. You recorded [the albums] Erase The Slate and the Live From The Sun [with Dokken].

Reb Beach: I had a great time in Dokken. When I played George’s songs, I tried to play the exact same notes that he played. I tried to get as close as I could to his notes as possible, but it just doesn’t sound like him, because it was me. I just don’t do what he does so I just did it my way. Dokken was really fun. It was a big freaking party. There was no management. It was do whatever you want. Drink as much as you want. Just show up on time [laughs]! Don was totally hammered at the time, he would leave the stage in the middle of the song and go take a leak [laughs]! I would get these opportunities to improvise and jam. Jeff [Pilson] and Mick [Brown] didn’t care if they played along. It was like the “Reb Beach Hour” so I had a lot of fun [laughs].

Sleaze Roxx: You’re in Whitesnake. I’m thrilled that you’ve taken a bigger role in the band. What a great gig. Did you have any input in the remix compilation albums. They do include the material that you’ve recorded.

Reb Beach: I didn’t have anything to do with the remixes. That’s all David’s thing. He does really well with those and the fans are eating them up. It’s always great to hear Whitesnake songs and to listen to them the way that David wants to hear them the way that he wants to. It was a huge honor to finally get a chance to write with David. It’s something that I always wanted to do. Flesh & Blood was that opportunity. I actually lived with David for a year. That was like totally the odd couple [laughs]. Here’s a guy that’s like British royalty and I’m a guy that’s like a beer drinking slob. All hungover in the morning and stuff [laughs]. He’d be like, “Rebel darling, how are you doing this fine morning [laughs]?” I’m like,“Okay David, I’m fine.” There’s beer cans everywhere [laughs]. He was great about it. He was great. We worked really well together and we wrote some great songs. He gave me the opportunity to write my big ballad at the end, which I’ve always wanted to do. Doug Aldrich had that amazing song Forevermore at the end of that album. David let me do it and kept sending me back to the drawing board on that one. We finally got Sands of Time and I’m really proud of the solo on that one.

Sleaze Roxx: You spent a year with Coverdale, what was the‘magica’ cure for the hangovers?

Reb Beach: [Bursts into laughter] You know it wasn’t that bad. I was exaggerating. I knew I had work to do so I tried not to party too much [laughs]!

Listen to Beach’s Infinito 1122‘ from his solo album, A View From The Inside, here.

WOLFGANG VAN HALEN RELEASES FIRST PIECE OF MUSIC FROM HIS SOLO BAND MAMMOTH WVH, VIDEO FOR “DISTANCE,” A TRIBUTE TO HIS FATHER, EDWARD, CAN BE SEEN NOW ›