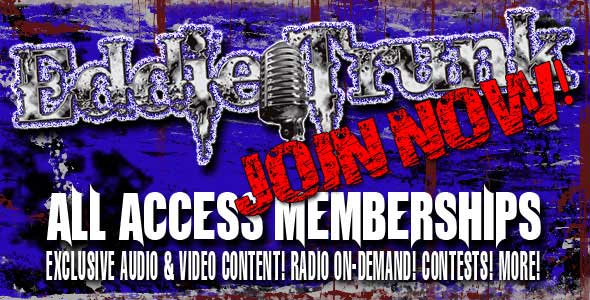 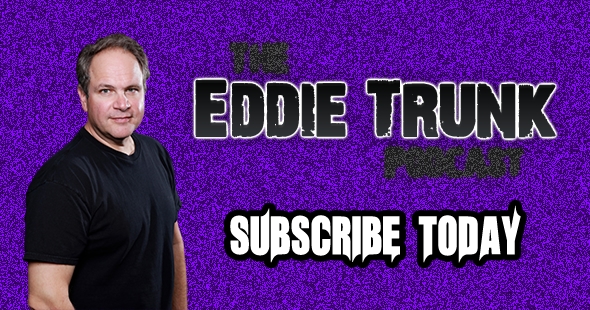 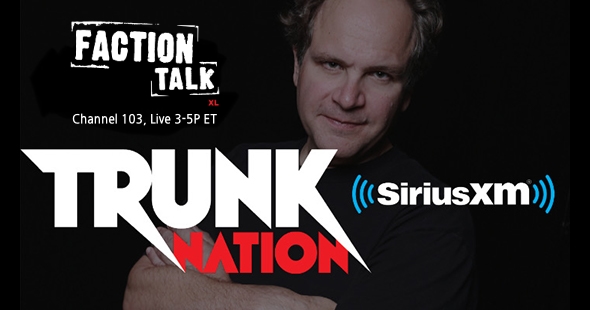 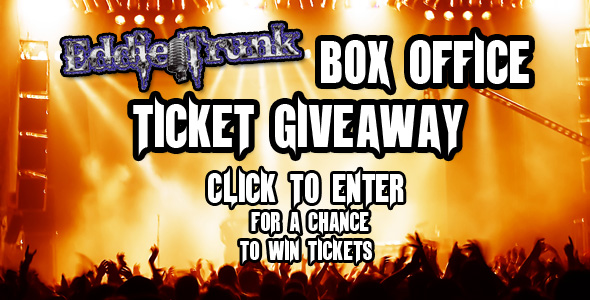 For all info direct from Eddie on everything going on with his shows and in rock please check his Instagram, Twitter and FB Page. You can also see his latest posts on the home page of this site. But... Read more

If in LA I’ll see you this weekend. This Friday I host Shark Island at The Whiskey and this Sunday I host The Rainbow’s 50th anniversary! Also looking forward to hosting Megadeth/Lamb Of... Read more

Broke the news today of a new singer in Skid Row. Erik Gronwall replaces ZP Theart. I debuted a new song called The Gangs All Here with Erik on vocals earlier today on Trunk Nation on SiriusXM. Skid... Read more

Sorry for delays in updates here. Please be sure to follow on social media for daily info. Headed to SXSW in Austin tomorrow to attend the premier for the Dio doc and host a panel for it with... Read more

Tomorrow on Trunk Nation my recent special with Slash replays. It includes Q&A and full live performances. Thanks so much to the guys for doing this. Full video on the SiriusXM app. Wed I will be... Read more

Just back from hosting the latest Monsters Cruise. Some issues with some bands not attending because of Covid, but I think the event and ship are bigger than any band and every fan I spoke with (and I... Read more

END_OF_DOCUMENT_TOKEN_TO_BE_REPLACED

A 2005 Ronnie James Dio Classic Rock article, is once again making the rounds. In it, the iconic singer explains to Greg Prato why he thinks The Beatles’ Sgt. Pepper’s Lonely Hearts Club Band is “the greatest album ever made,” his explanation appears below. “I think that the greatest album that has ever been made…

END_OF_DOCUMENT_TOKEN_TO_BE_REPLACED

Motörhead released its 23rd (and final) studio album, Bad Magic, in 2015. Due on February 24th, Bad Magic: Seriously Bad Magic represents a bonus-packed refresh, adding two previously unreleased tracks from those furious sessions — Bullet In Your Brain and Greedy Bastards — as well as a snarling, fangs-out live performance from that subsequent tour at the giant Mt. Fuji Festival in Japan in…

END_OF_DOCUMENT_TOKEN_TO_BE_REPLACED

Mötley Crüe and Def Leppard have announced two U.S. shows for February 2023. The two bands, who recently teamed up for the mega-successful The Stadium Tour, will play at the 7,000-capacity Hard Rock Live at Etess Arena in Atlantic City, New Jersey on February 10th and February 11th. Presales for the Atlantic City dates begin today (November 29th),with tickets…

END_OF_DOCUMENT_TOKEN_TO_BE_REPLACED

Today (November 28th) marks the announcement of every Metallica show booked through 2023 and 2024: Presented worldwide by Liquid Death and Blackened American Whiskey (in North America only) and promoted by Live Nation, Metallica’s M72 world tour will see the band playing two nights in every city it visits — with each “No Repeat Weekend” featuring two completely different setlists and support lineups. The M72 tour…

END_OF_DOCUMENT_TOKEN_TO_BE_REPLACED

All your calls today on anything in rock. ...

Lot to catch up on coming off of yesterdays big ...

@bretmichaelsofficial is in the house ! ...

Join me and @bretmichaelsofficial today live on ...

No shows booked at the moment.